Armenian narratives are much heard in the West world - Interview with Dr Patrick Walsh - VIDEO
Read: 196 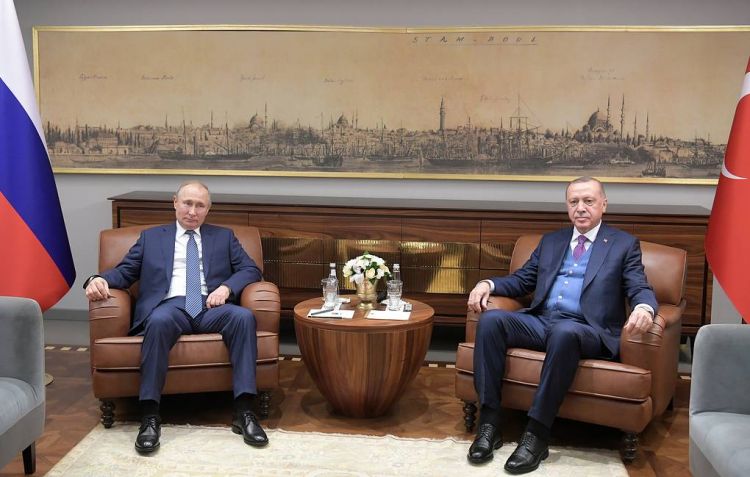 Presidents Vladimir Putin of Russia and Recep Tayyip Erdogan of Turkey will discuss a wide range of issues at their upcoming meeting, including the situation in Syria, Afghanistan and Libya, Kremlin Spokesman Dmitry Peskov told reporters on Monday, Tass reports.

"I think that Syria will top the agenda, as well as Afghanistan, they will also exchange views on Libya and other global issues," he said when asked about the agenda of the talks.

Peskov emphasized that "every time, the presidents have things to discuss." According to him, apart from regional issues, the agenda of the upcoming talks will also include economic matters "because there is indeed a lot of common work in terms of bilateral relations, including joint economic projects, trade and economic ties," the Russian presidential spokesman noted. "This is what the two countries' companies are interested in, this is why the presidents always discuss it," he added.

Putin and Erdogan are expected to hold talks in the Russian Black Sea resort of Sochi on September 29. The Turkish leader said earlier that he planned to discuss the Syria issue with Putin in order to come to an important solution. The two leaders last met in March 2020 in Moscow. Later, they spoke on the phone and via video conference due to the coronavirus pandemic.