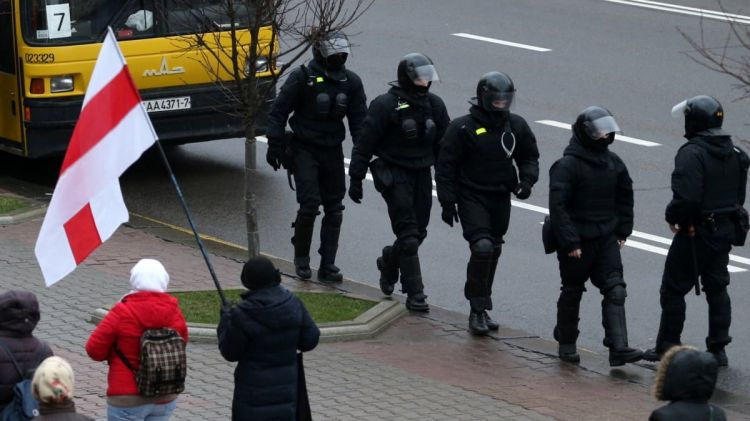 A Belarusian KGB officer was killed in a Minsk shootout during an attempt to arrest US citizen Andrei Zeltser for protesting on September 28.
The incident was shown in a video released on social media. KGB officers arrived at the apartment of Zeltser, who holds a US passport and works for Belarusian software powerhouse EPAM.
Zeltser was accused of participating in demonstrations and the security officials have been cracking down on activists, arresting them in their apartments as Belarus' president Alexander Lukashenko ratchets up his repression in an attempt to keep control of the country.
However, Zeltser was armed with a shotgun and opened firer after the KGB officers broke up the door. In an intense few minutes the four officers returned fire at close range. One officer was apparently hit in the stomach and dragged to safety by his colleagues, but later died from his wounds according to reports. Zeltser was also killed in the exchange of fire.
Zeltser’s wife was arrested on charges of “conspiring to murder.”
“There are so many questions. Andrei Zeltser, shot by KGB today, was working at one of the biggest Belarus IT companies  @EPAMSYSTEMS. He was also reportedly a US citizen. According to his friends, he supported democracy movement in Belarus. His wife is detained. Mother is shocked
I have only one comment: violence must stop! The regime hopes that violence can split society and threaten opponents. But violence cannot be the solution to the crisis. Enough victims. The rule of law must return to the country. Lukashenka must step down,” Franak Viacorka, the spokesman for opposition leader Svetlana Tikhanovskaya said in a tweet.
About a dozen people have been killed over the last year in connection with the protests.
So questions over the veracity of the video were raised by the local media, which speculated the whole incident may have been staged by the Lukashenko regime to justify its crackdown on the opposition and dissenters.