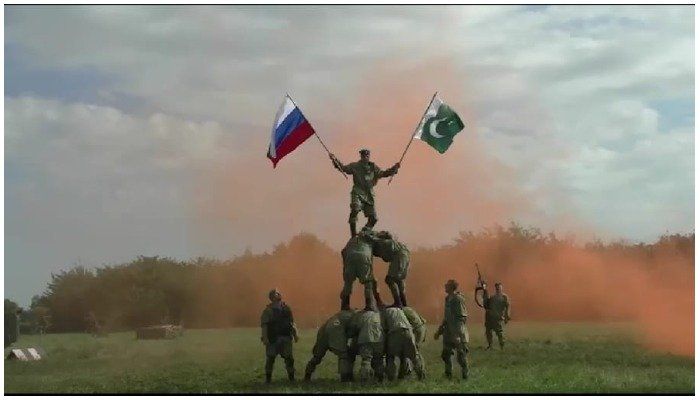 The special forces of Pakistan and the Russian Federation will participate in a two-week military exercise, Druzhba VI, the Inter-Services Public Relations (ISPR) said Wednesday.
The military’s media wing released a statement saying that the Druzhba VI opening ceremony was held at the “Molkino Trg Area, Krasnodar, Russia” earlier in the day.
"Special Forces of Pakistan and Russia are participating in the two-week-long exercise in the counter-terrorism domain," read the statement.
National anthems of Pakistan and Russia were played during the ceremony, which was followed by the weapons and equipment display parade.
As per the statement, the Mayor of Garyachi Kaluch Sergy Belopolsky attended the ceremony as the chief guest. Senior officials from the armies of Pakistan and Russia were also present on the occasion.