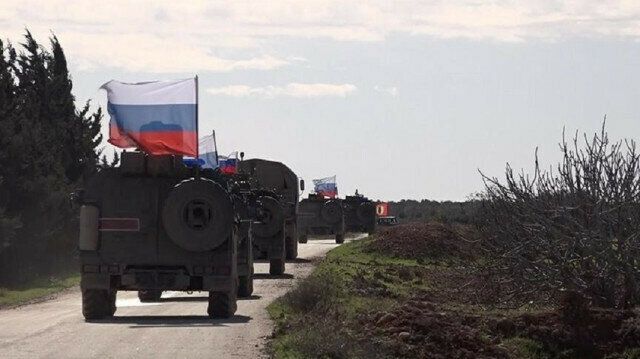 Russia has not followed through on its promises to control the YPG/PKK in Syria, with the terrorist organization staging several attacks in the safe zones the Syrian National Army has formed with the support of Turkey, Yeni Safak reports.

The YPG/PKK, which occupies roughly a third of Syria's territory with the support of the US, frequently targets Azaz, Marea, Al Bab, Jarablus, Afrin, Tal Abyad and Ras al-Ayn in the north of the country with heavy weapons.

The Tal Rifaat area of Aleppo, located 18 kilometers (11 miles) from the Turkish border, stands out during these attacks.

The YPG/PKK, which captured Tal Rifaat in February 2016 with Russian air support, is attacking Turkish security forces and opposition fighters' positions which are providing security in the settlements in the Operation Euphrates Shield and Operation Olive Branch regions.

The YPG/PKK displaced approximately 250,000 civilians in Tal Rifaat who sought refuge in areas close to the Turkish border.

The most attacked area after Tal Rifaat is the Manbij region of Aleppo, located 30 kilometers (18.6 miles) from the Turkish border, and Kobane district on the border.

The YPG/PKK also threatens the security of Tal Abyad and Ras al-Ayn districts located in the Operation Peace Spring region on the Syria-Turkey border.

The terrorist group also fires mortars and heat-seeking missiles over the villages of Tal Tamr, Tell Derdara and Abu Ras Ayn to the Ras al-Ayn countryside.

In addition to carrying out car bombings in civilian settlements, the YPG/PKK feeds the conflict environment by making attempts to infiltrate positions of the Syrian National Army on the front lines from time to time.