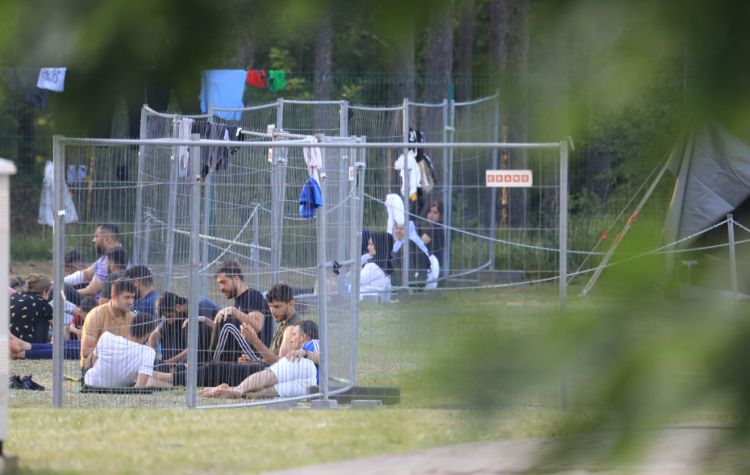 Spokesman for the minister-coordinator for the special services, Stanisław Żaryn, had told the Polish Press Agency (PAP) that Poland’s authorities believe Belarus is starting to take measures to deport migrants who had entered the country but failed to cross illegally into the EU before their visa to Belarus expired.

Mr Żaryn said Belarus is now trying to control migration routes that may have recently started to clog up on the Belarusian side of the border with the EU.
However, he says that it is too early to talk about a systemic change in Minsk’s migration policy.
On Thursday, the spokesman wrote on Twitter “according to our information, Belarus has started deporting migrants whose visas have expired.”
Interviewed by PAP, he stated that the information concerns a group of several dozen citizens of Lebanon and Syria, who were deported back to their countries of origin from the airport in Minsk.
“This is such a signal, possibly testifying to the fact that on the one hand Belarus controls the migration routes in both directions, and on the other hand we can say that it is a symptom - that perhaps Belarus has started to become a bottleneck”, Mr Żaryn told the journalists.
Tens of thousands of migrants from Africa and the Middle East have tried to illegally cross into Poland, Latvia and Lithuania after having been encouraged by Belarus to fly into the country with the promise that it would be easy to continue their attempts to reach Western Europe from there.
Belarusian President Alyaksandr Lukashenka has tried to use the migrants as a political weapon against the EU, and Poland, Latvia and Lithuania in particular, in retaliation for sanctions imposed by the EU against the Belarusian regime following the crackdown on the country’s democratic opposition in the wake of the rigged presidential election in August 2020.
A state of emergency has been in force since September 2 in Poland’s border zone with Belarus. It encompassed 183 towns in the Podlaskie and Lubelskie provinces and was imposed for 30 days by a decree of President Andrzej Duda, issued at the request of the government.
On 1 October, the President signed a decree extending the state of emergency by 60 days and the Polish parliament approved this decision.