Confrontation on Taiwan, South China Sea could turn into war 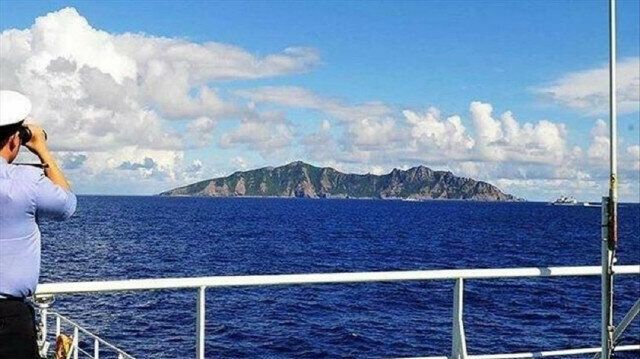 There is real risk of confrontation in relation either to Taiwan or the South China Sea turning into warfare, a former UN human rights rapporteur and expert in international law has warned, Yeni Safak reports.

"And more broadly, it creates a new kind of bipolarity in the world, where you find China, Russia on one side, and Europe and North America on the other side," Richard Falk told Anadolu Agency in an exclusive online interview from his home in Bodrum, a seaside town in western Turkey.

Underlining that many countries are trying to decide which side is right, Falk said that the world is undergoing "a period of geopolitical realignment. And how that works out will determine the shape of global politics over the next decade or two."

Asked about the possible effects of an increasingly multipolar world, Falk said it remained to be seen whether this multipolarity would "live up to its potential," and meet the challenges that the world is currently facing.

One of these challenges will be climate change, according to Falk, who questioned whether countries would be inclined towards cooperating to deal with it and "adopt the kind of policies that make multipolarity more than a slogan, having translated into policies and practices."

"And there's not strong evidence of overcoming statist world order, which is dominated by states trying to promote their national interests, whatever that might mean for the global interests, or the human interests," he added.

Voicing doubt that multipolarity would displace such dominant statist tendencies, Falk said the world's experience during the coronavirus pandemic "reinforces" this view. "It has been called, you know, that people have used the phrase, 'vaccine apartheid' or 'vaccine diplomacy'.”

According to Falk, any serious multipolarity would depend on strengthening the role of international law and the UN.

He referred to Turkish President Recep Tayyip Erdogan's repeated calls for reforming the UN Security Council, saying these proposals are "quite relevant in that respect."

"Multipolarity is not able, at this stage, to challenge what I call the primacy of geopolitics. As long as that's true, you're really dependent on the goodwill of the dominant sovereign state, as they pursue policies that are in their own selfish interests, not in the interest of the general community by large," he stressed.