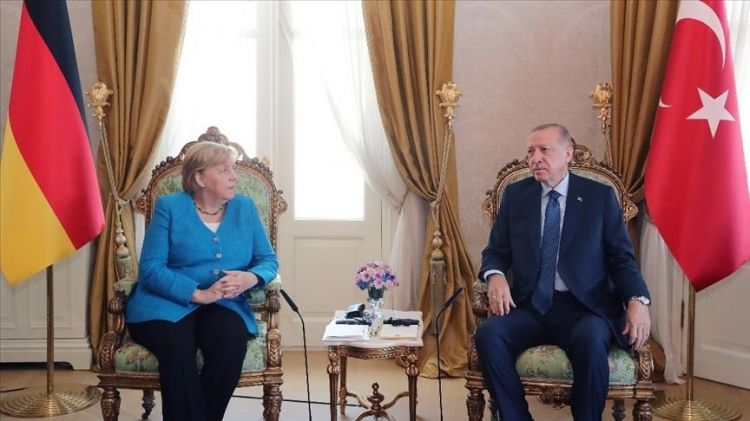 The meeting, which was held at the Huber Mansion in Tarabya, lasted for an hour.

After the meeting, Erdogan and Merkel went out on the balcony and had a conversation there for a while.

The two leaders are also expected to hold a joint press conference.

Earlier, Merkel and Erdogan boarded a golf cart and visited the beach area of the mansion. Standing next to the flags of Turkey and Germany, the two leaders greeted local and foreign journalists in the area.