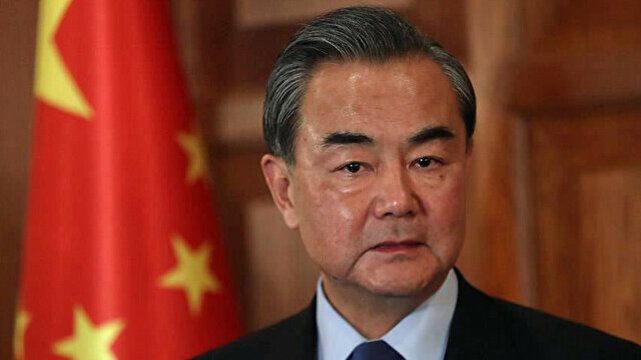 China has “always given priority” to its relations with Saudi Arabia in its diplomacy in the Middle East, according to the country’s foreign minister, Yeni Safak reports.

“In the face of the volatile international situation, China and Saudi Arabia need to maintain close strategic communication, which is an inherent part of the China-Saudi Arabia comprehensive strategic partnership.”

He said relations between the two countries have developed steadily and Beijing wants to “push bilateral relations to a higher and deeper level,” read a statement by the Chinese Foreign Ministry.

“China will, as always, firmly support Saudi Arabia in safeguarding its national sovereignty, security and stability, and firmly oppose any interference in Saudi Arabia's internal affairs.”

Promising to “actively participate” in the Middle East nation’s major development projects, he said Beijing is ready to work with Riyadh “to further synergize the Belt and Road Initiative with Saudi Arabia's Vision 2030.”

On the Iran nuclear issue, Wang conveyed that China always “upholds an objective and just position … and is committed to upholding the international nuclear non-proliferation regime and safeguarding security and stability in the Middle East and the Gulf region without any selfish interests or geopolitical considerations.”

“China understands and supports the legitimate concerns of Saudi Arabia in safeguarding its national security,” he asserted, adding that the Joint Comprehensive Plan of Action (JCPOA) is an “important achievement of multilateralism.”

“China will continue to play a constructive role in promoting the negotiations on resuming the implementation of the JCPOA,” he added.

“Saudi Arabia also firmly opposes any interference in China’s internal affairs, which is a principle that Saudi Arabia has always upheld,” he told Wang.