Agreement signed between Georgia, US on military cooperation - ednews.net

Agreement signed between Georgia, US on military cooperation 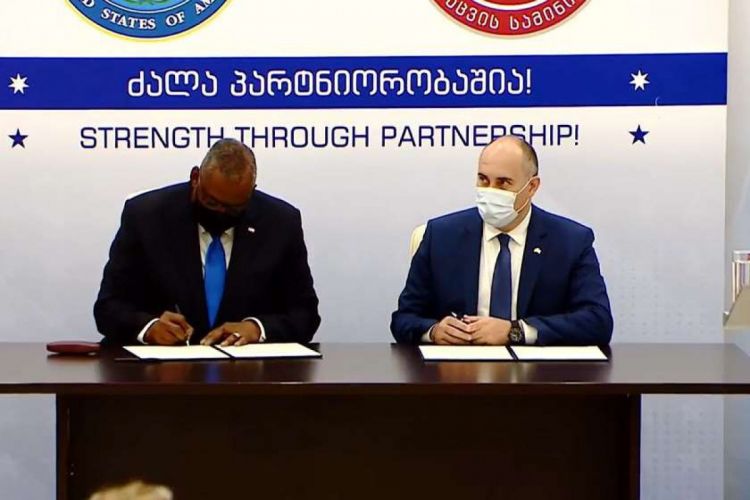 An agreement on military cooperation has been signed between Georgia and the US on the sidelines of the official visit of United States Secretary of Defense Lloyd Austin to Georgia, APA reports.

The document aims at enhancing the defense capability of Georgia.

The agreement has been signed by United States Secretary of Defense Lloyd Austin and his Georgian counterpart Juansher Burchuladze.