Macron focuses on Turkey, forgets about Russia, UAE in Maghreb 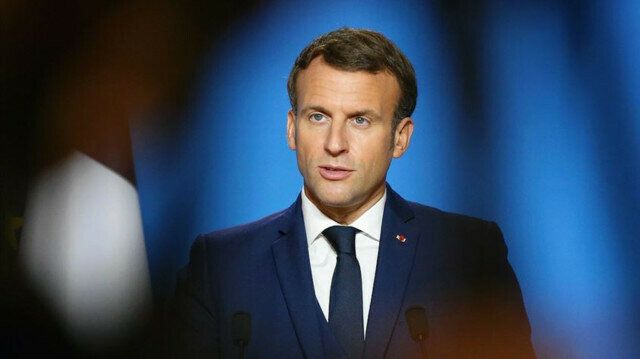 French President Emmanuel Macron has focused so much on his Turkish counterpart Recep Tayyip Erdogan that he has forgotten more serious threats like Russia and the United Arab Emirates (UAE) in the Maghreb, according to a French historian, Yeni Safak reports.

In a blog post titled “France’s strange obsession with Turkey in the Maghreb” published in daily Le Monde, Middle East expert Jean-Pierre Filiu commented on the developments in the North African region and how they affected today’s status quo.

According to Filiu, Macron, who has a legitimate right to worry about smear campaigns against France, ended up forgetting that the greatest threats to the French influence in the region stemmed from Russia and the UAE.

He also argued that Algerian President Abdelmadjid Tebboune’s visit to Ankara would mark a climax in Turkish-Algerian ties.

The incompetence of Macron in the region, the expert said, was a direct result of the erroneous policies he followed in Libya during the first three years of his tenure.

Macron’s support for Libyan warlord Khalifa Haftar caused the restart of the civil war in 2019 and undermined the UN mediation work in the war-weary country, Filiu opined.

Furthermore, France “secretly” sided with Russia, the UAE, Egypt, and Saudi Arabia and “Haftar’s offensive resulted in throwing the Tripoli government into the arms of Turkey,” said the historian, adding that Turkey’s intervention reversed the military conditions and dispersed the Russian mercenaries.

Russia was by far the leading military partner of Algeria, Filiu asserted, and called it “paradoxical” that the French president condemned the anti-French political system in Algeria without naming Russia.

He underlined that Macron’s silence regarding the Algerian-Russian military partnership was disturbing given that he did not hesitate to reprove Malian officials when they want to resort to Russian mercenaries.

The 2020 “peace agreement” between Israel and the UAE eradicated France’s reservation towards the UAE, the historian observed, and Macron expressed his closeness, even “partnership” with Mohammed Bin Zayed Al Nahyan, the Emirati crown prince who maintains relations with declared enemies of France such as Ramzan Kadyrov, the Chechen leader.

On the other hand, the French historian argued that Al Nahyan, who was left humiliated by Haftar’s defeat in Libya, sought for revenge by sabotaging democratic experience in Tunisia as incentives from Abu Dhabi and Cairo played a role in president’s act to suspend constitutional process in Tunisia.

“Let’s hope that Macron’s lucidity for Algerian regime is not too late when it comes to the goals of the UAE in the region. Otherwise, Franco-Maghreb ties will enter a zone of further turbulence and Turkey, without being the cause of it, would naturally benefit from that,” the author concluded.