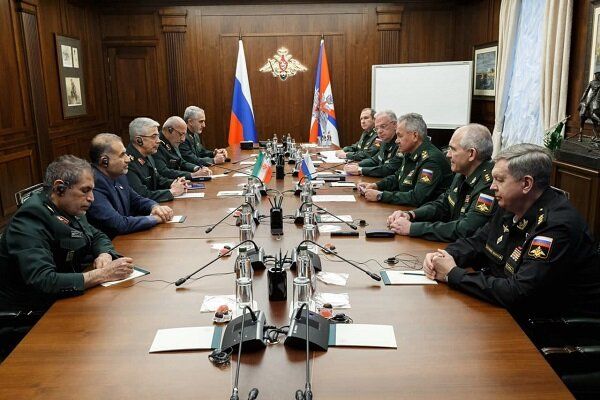 In the meeting on Tuesday, which took place after General Bagheri's meetings with other senior Russian military-defense officials, the two sides assessed the level of relations between the two countries, especially in the military field, as favorable and emphasized strengthening the bilateral military-defense cooperation between Iran and Russia's armed forces.

The two sides also expressed their interest in improving relations in areas of mutual interest.

The Russian defense minister also expressed satisfaction with restored security to Syria and said that "Iran is an active player in the region, especially in the Syrian issue, and that Moscow is interested in developing relations with Iran."

Shoigu also said the new developments in Afghanistan have increased the threats of drug trafficking and ISIL.

General Bagheri for his part, extended his appreciation to the support of the Russian government and the Russian president to Iran's accession to the Shanghai Cooperation Organization (SCO) and said "Iran's membership in this organization will strengthen relations with member states, especially Russia and China."

The Chief of Staff of Iranian Armed Forces Major-General Mohammad Bagheri arrived in Russia on Sunday and met with his Russian counterpart, General Valery Gerasimov on Monday, during which the Russian side stressed, "The issue of cooperation between the two countries in the field of weapons and the capabilities of Iran and Russia in this field should be on agenda of the talks between the two countries."