From Somalia to Afghanistan, Turkey is part of the solution - Cavusoglu - ednews.net

From Somalia to Afghanistan, Turkey is part of the solution - Cavusoglu 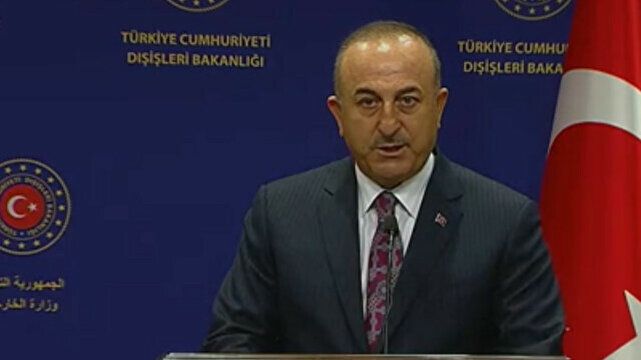 Turkey is part of the solution in conflicts from Somalia to Afghanistan, the Turkish foreign minister said on Tuesday.

"That's why we define our foreign policy as enterprising, as well, because we believe that a proactive foreign policy, not a reactive one, is required to respond to challenges. From Somalia to Afghanistan, we are part of the solution," he said in the video message.

Cavusoglu said Turkey only uses hard power when other options have been exhausted and only to initiate dialogue and diplomacy. "This is what we do to resolve frozen conflicts, de-escalate tensions and protect our national interests."

"Our presence in Syria and Libya led to stability on the ground, prevented irregular migration and terrorism, and paved the way for diplomacy. In Afghanistan, we also helped stabilize the country and build national capacity for two decades. Our current diplomatic presence and gradual engagement with the Taliban allow us to give the right messages," he said.

"During Azerbaijan's fight to liberate its occupied territories, we firmly stood by our brothers. But once the armed conflict was over, we developed ideas to achieve lasting peace. In the Eastern Mediterranean, we acted to make it clear that our sovereignty and legitimate rights are not negotiable. At the same time, President (Recep Tayyip) Erdogan called for an inclusive EastMed Conference," he added.

Cavusoglu underlined the relevance of this year's themes of "power and paradox" and "grand strategy," adding that since the time of ancient Greek philosopher Thucydides, "power has been central to international relations."

"The definition of grand strategy is also expanding beyond one aspect of power -- that is hard power -- to include several aspects such as diplomatic, economic, and even cultural. There is no need to be naive: It is difficult to achieve objectives without a certain degree of power," he said.

"In the Turkish case, without our increased national power over the last two decades, it would have been impossible to become a regional player and globally respected actor. So, the question is not about the necessity of power. It is about the nature of power," he added.

Cavusoglu highlighted that Turkey's understanding of power does not place "hard power" at the center.

"Cooperation, solidarity, and justice are indispensable parts of our own identity and civilization. Our ancestors ruled with justice and gained respect by winning hearts and minds. Therefore, in our understanding, power should be compassionate, smart, and legitimate," he said.

"The more powerful you are, the more responsible you should be. That is why we define our foreign policy as humanitarian. That is why, we are not the richest but the most generous country in terms of humanitarian aid," he added.

"Power should not be an end in itself. It should be a tool to achieve a greater good. For us, the greater good means justice for everyone. That is why President Erdogan called for a fairer world at the UNGA," he said.

"Today, we are not immune to others' suffering anymore. So, working towards a fairer world is not just a moral obligation, but a must for a safer and more stable world," he added.

"In global politics, the world is more fragmented. Yet, people and the global economy are more connected than ever. These two realities may seem paradoxical. But at the same time, this contradiction presents an opportunity for practitioners of international diplomacy," Cavusoglu said .

"We can use our economic and social connectivity to fix this political fragmentation. This is part of our vision for a fairer world and a goal of our humanitarian and enterprising foreign policy. Therefore, Turkey promotes effective multilateralism and a rules-based international system, which would make power a force for good.

"We refuse to accept international relations as a zero-sum game. Global challenges such as climate change, irregular migration, terrorism, and rising inequalities all require a collective response. We must share the burden and act as responsible actors."