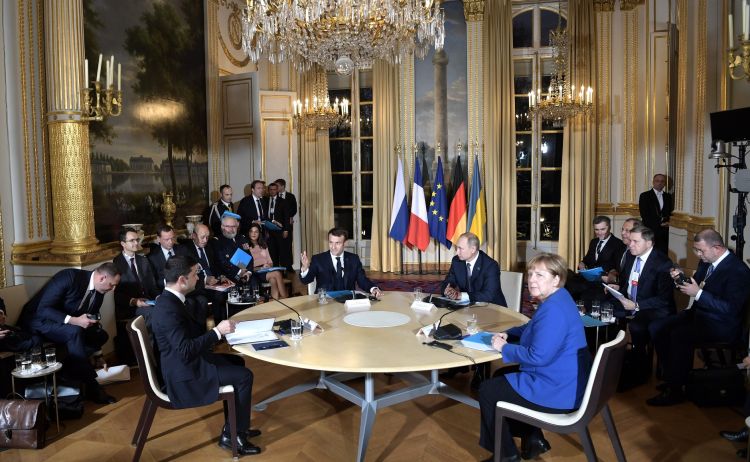 The meeting of the Normandy Four’s (Germany, Russia, Ukraine, France) top diplomats is being prepared, however, the date has not been determined so far, German Ambassador to Russia Geza Andreas von Geyr said on Monday, Tass reports.

"During the last meeting with [Russian President Vladimir] Putin, [German Chancellor Angela] Merkel stated that a Normandy format high-level meeting was going to be held. Foreign ministers will hold talks in order to prepare for such a meeting. As far as I know, the meeting is being prepared, but its exact date has not been set yet," the German envoy noted.

In Yekaterinburg, the diplomat is taking part in a conference for Russian graduates of German educational programs, which is organized by the German Foreign Ministry, as well as the German-Russian Forum, and supported by the Ural Federal University.

The Normandy format was established in June 2014. Then, while celebrating the 70th anniversary of the Normandy Landings, the leaders of Russia, Ukraine, France and Germany addressed the Donbass conflict settlement for the first time. Since then, some five summits have taken place, the last one was held on December 9, 2019, in Paris.

On October 13, Russian Foreign Ministry Spokeswoman Maria Zakharova noted that Moscow sought to continue talks in the Normandy format and with the Trilateral Contact Group on Ukraine in order to resolve the Donbass conflict, including through the diplomatic services. Zakharova mentioned that question of holding talks between the Normandy Four’s top diplomats was being hammered out after a corresponding request from the Russian, French and German leaders following a phone conversation on October 11.