Opposition vows to come to power in Turkey - ednews.net

Opposition vows to come to power in Turkey 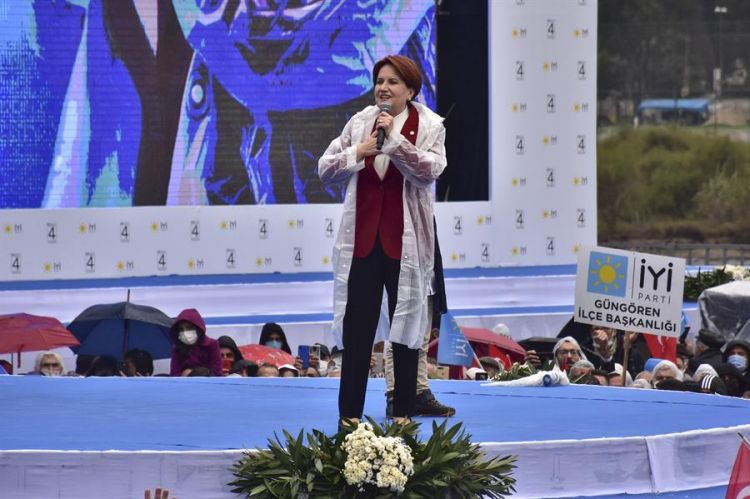 Marking the fourth anniversary of the İYİ (Good) Party, chairwoman Meral Akşener has vowed to come to power in the next elections and make Turkey a much more beautiful country, Hurriyet Daily reports.

“We are today at a crossroads because Turkey is waiting for a new call,” Akşener told her electorates at a meeting for celebrating the fourth anniversary of her party in Istanbul.

“People are calling us, and we will respond to this call by working hard. We are ready [for running the government]. We won’t be like our predecessors in government,” she said, underlining that they will devote their work for justice in the country.

Once they come to power, they will reinstate the Istanbul Convention, aiming to prevent violence against women, Akşener stated.

“We will not close our eyes on the physical, psychological and economic pressures as well as violence and torture of women. Every woman killed was under the responsibility of the state. Those in power did not look at them,” she stressed, vowing they would take all the measures to take care of the women.

On foreign policy, Turkey will pursue a policy aiming to make friends rather than foes in line with the vision of Mustafa Kemal Atatürk, the founder of modern Turkey, she said. “Once we come to power, we will take necessary steps for the resolution of the migrant problems as quickly as possible. While the migrants will be able to return to their home, we will be a much more comfortable country in the sense of economy and social life,” Akşener added.