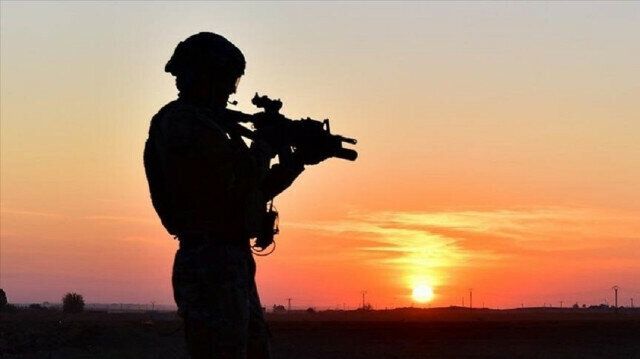 The ministry said in a statement that another soldier was wounded in the Operation Pence-Yildirim area due to the blast from the improvised explosive device (IED).

The wounded soldier was immediately taken to a nearby hospital for treatment, it said.

"We wish Allah's mercy to our heroic martyr, our condolences and patience to his precious family, the Turkish Armed Forces and the nation, and a speedy recovery to our wounded comrade," the ministry added.

Turkey has carried out a series of offensives since 2019 against terrorist groups in northern Iraq, particularly the PKK. The latest ones are Pence-Simsek and Pence-Yildirim launched this April in the Metina and Avasin-Basyan regions, while operations Pence-Kaplan and Pence-Kartal were initiated in June last year.

In its over 35-year terror campaign against Turkey, the PKK – listed as a terrorist organization by Turkey, the US and the European Union – has been responsible for the deaths of at least 40,000 people, including women, children and infants.