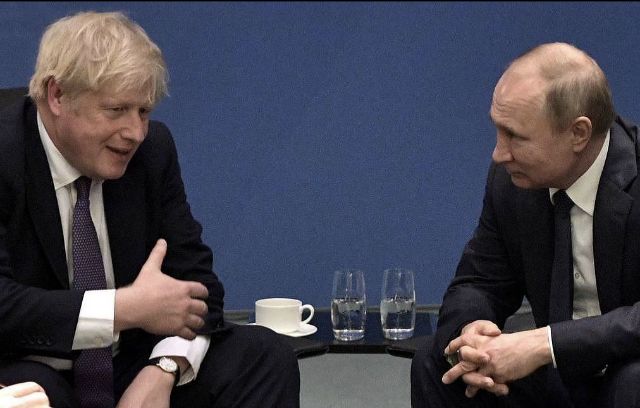 The Iran nuclear deal was among the topics discussed by Russian President Vladimir Putin and UK Prime Minister Boris Johnson during a phone call on Monday, according to Kremlin, Eurasia Diary reports citing Iran Front Page.

“The leaders spoke in favor of preserving the Joint Comprehensive Plan of Action (JCPOA) on the Iranian nuclear program, which is a major factor of ensuring security and maintaining nuclear nonproliferation,” the Kremlin press service said.

It was Putin’s first telephone contact with Johnson since May 8, 2020.

The JCPOA Joint Commission has had several offline meetings in Vienna since April to find ways to restore the nuclear deal in its original form. The sides discuss prospects for the United States’ possible return to the deal, steps needed to ensure full compliance with the deal’s terms by Iran, and issues of lifting the anti-Iranian sanctions.

The JCPOA, also known as the Iran nuclear deal, was signed between Iran, the five permanent members of the United Nations Security Council (Russia, the United Kingdom, China, the United States and France) and Germany in 2015. Under the deal, Iran undertook to curb its nuclear activities and place them under total control of the International Atomic Energy Agency (IAEA) in exchange of abandonment of the sanctions imposed previously by the United Nations Security Council, the European Union and the United States over its nuclear program.

The future of the deal was called in question after the United States’ unilateral pullout in May 2018 and Washington’s unilateral oil export sanctions against Teheran. Iran argued that all other participants, Europeans in the first place, were ignoring some of their own obligations in the economic sphere, thus making the deal in its current shape senseless. This said, it began to gradually scale down its commitments under the deal.