France to close seven more mosques, associations by end of 2021 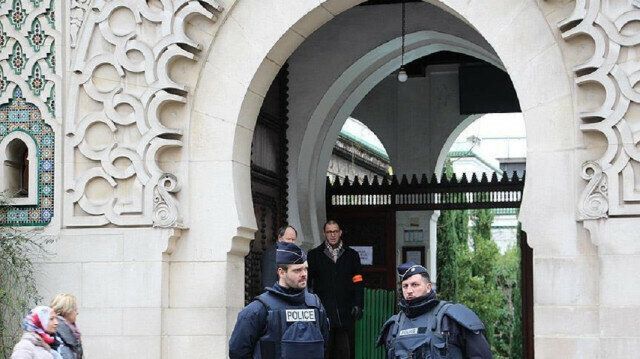 Gerald Darmanin welcomed the decision to close a mosque in the city of Allonnes for six months on the grounds that it defends "radical Islam.”

Darmanin said that the bank accounts of the mosque's administrators were also seized, adding that 13 associations have been closed in the country since President Emmanuel Macron took office.

Noting that 92 of the 2,500 mosques in the country were closed as a result of inspections, Darmanin said that since September 2020, the residence permits of 36,000 foreigners have been canceled on the grounds that these individuals threaten public order.

In August, France’s highest constitutional authority approved a controversial “anti-separatism” law that has been criticized for singling out Muslims, striking down just two of its articles.

The bill was passed by the National Assembly in July, despite strong opposition from both rightist and leftist lawmakers.

The government claims that the legislation is intended to strengthen France's secular system, but critics believe that it restricts religious freedom and marginalizes Muslims.

The bill has been criticized for targeting France's Muslim community – the largest in Europe, with 3.35 million members – and imposing restrictions on many aspects of their lives.

The law allows officials to intervene in mosques and associations responsible for their administration as well as control the finances of Muslim-affiliated associations and non-governmental organizations (NGOs). It also restricts the educational choices of Muslims by making homeschooling subject to official permission.

Under the law, patients are prohibited from choosing their doctors based on gender for religious or other reasons and "secularism education" has been made compulsory for all civil servants.

France has been criticized by international organizations and NGOs, especially the UN, for targeting and marginalizing Muslims with the law.