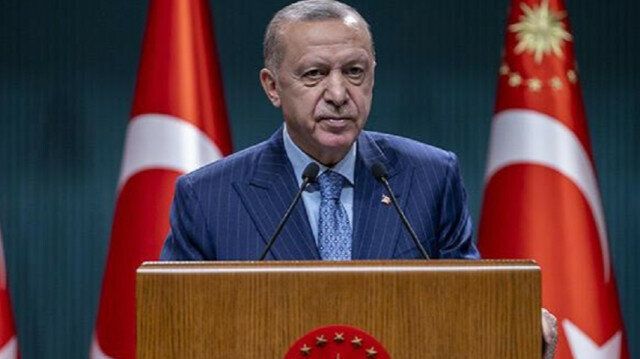 Access to adequate, nutritious and safe food is not a privilege but a fundamental right, the Turkish president said on Wednesday, Yeni Safak reports.

"As members of the Organization of Islamic Cooperation (OIC), it is our responsibility toward humanity to raise our voices for a more just world," Recep Tayyip Erdogan said in a video message to the OIC Ministerial Conference on Food Security and Agricultural Development held in Istanbul.

He noted that due to the increase in world population, the global food demand is increasing day by day.

Although production costs are rising all over the world, disadvantaged segments of society face exceptional difficulty in access to food, he said.

The Turkish president stressed that ensuring food safety has become the primary agenda for humanity.

He went on to say that the pandemic disrupted the supply-demand balance in agriculture and broke supply chains -- further exacerbating the food problem on a global scale.

He added that in an age where communication has become so widespread and the world has turned into a "global village", no one has the luxury of ignoring others.

"As Islamic countries, we need an agricultural sector that is developed not only economically but also strategically," Erdogan said, adding solidarity and cooperation between the OIC countries should be empowered.