Russia says will support establishment of an inclusive government in Afghanistan - ednews.net

Russia says will support establishment of an inclusive government in Afghanistan 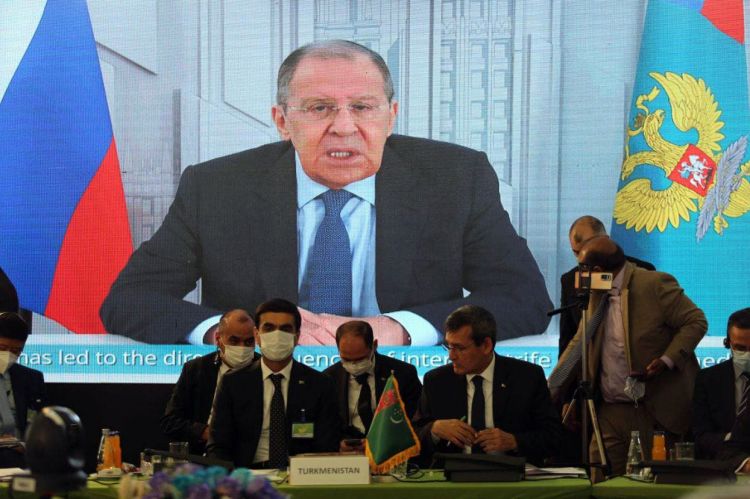 In an online address to a meeting of the foreign ministers of Afghanistan’s neighbors in Tehran, Lavrov said that the stances of the participants in the Tehran meeting have become closer which he believed will help restore peace in Afghanistan.

He said that the current situation in Afghanistan is an outcome of long years of US military presence in the country.

Underlining that the Afghan people will gain their rights, he said that all countries have to accept their responsibility to Afghanistan.

The United Nations is expected to play a coordinative role, the Russian foreign minister said, voicing his country's readiness to dispatch humanitarian supplies to Afghanistan.

A meeting of Afghanistan's neighbors began in the Iranian capital earlier today with the participation of foreign ministers of Iran, Turkmenistan, Tajikistan, and Uzbekistan as well as the ambassadors of China and Russia.

Foreign ministers of Russia and China participated in the meeting virtually.