Man in knife attack after refusing to wear mask shot by police in Paris - ednews.net 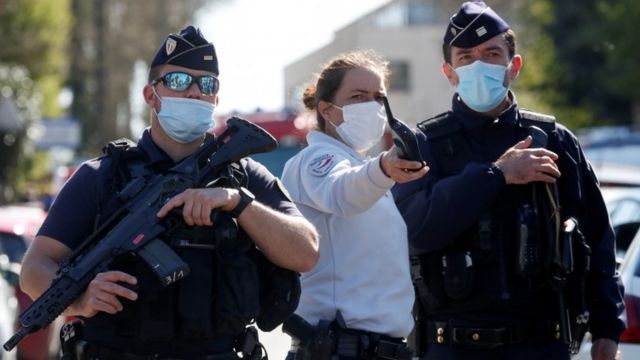 Security officers have opened fire at a knifeman who threatened them at a railway station in Paris after refusing to wear a mask.
The incident began on Tuesday morning at Saint-Lazare station after a man was stopped for not wearing a mask and refusing to comply with officers, BFTV reported.
The man is then alleged to have brandished a knife and charged at officers shouting "Allahu Akbar", before he was shot twice in the chest by authorities, according to French media.
The man is said to be in life-threatening condition following the incident, which took place at one of the busiest stations in Paris.
The man was until now unknown to the intelligence services, local media reported.
A Paris police spokesman had no immediate comment.
France's state-owned railway company SNCF said in a statement: "The two agents used their service weapon to defend and neutralise him.
"The injured individual was taken care of by the emergency services."