Military doctrine of Russia and Belarus is response to pressure from the West - ednews.net 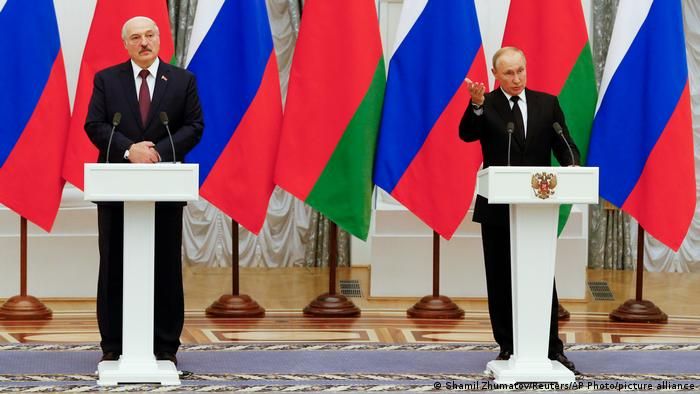 The military doctrine, which was approved at a meeting of the Supreme State Council of the Union State of Russia and Belarus on Thursday, was a response to the policy of pressure from the West, it will ensure a higher level of interaction between the defense ministries of the two countries, the Union State’s State Secretary, Dmitry Mezentsev told, Eurasia Diary reports citing Tass.

"The doctrine will ensure an even higher level of interaction between the ministries of defense. The doctrine will help [the two countries] achieve greater coherence in the conduct of defense policy. <...> This is an important factor that our foreign partners should take into account. At the same time, neither Russia nor Belarus threatens anyone, does not seek to any kind of domination outside its own borders. But the defense doctrine guarantees that the external borders of the Union State are reliably protected," Mezentsev said.

He added that the military-political situation in the region is becoming much more complicated.

"We see how consistently, despite the rhetoric that sounds from Brussels, military infrastructure facilities are being deployed near the borders of the Union State. Russian President Vladimir Putin has repeatedly said this, stressing that Russia cannot remain indifferent to this policy of Western pressure, Belarus and Russia are ready to resist together," the official noted.

Mezentsev reiterated that sanctions and economic pressure has become one of the instruments of the general policy of "besieging" Russia, a state that is a permanent member of the UN Security Council.

Earlier on Thursday, at an online meeting of the Supreme State Council of the Union State Lukashenko signed a decree approving 28 integration programs with Russia. Prior to that, the document was signed by Putin. As a result of the event, a new Military Doctrine of the Union State was also approved.