US-China cold war heats up with rare earth metals at its core - ednews.net 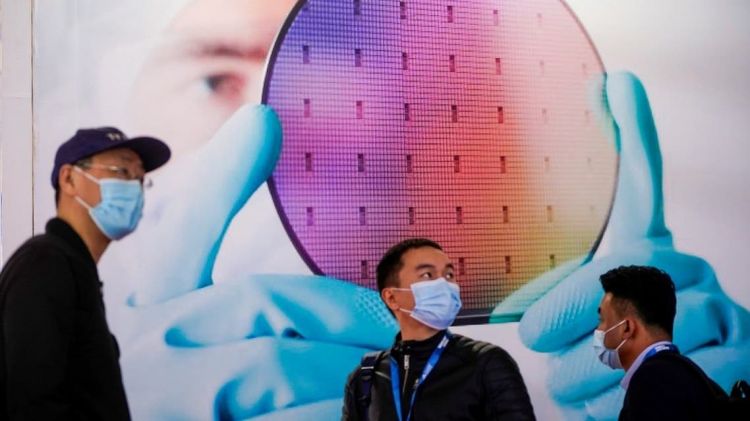 The new cold war in play between the US and China of course sees both flexing their military muscle, accompanied with the usual posturing threats.
The traditional tools of cold wars have seen new developments. Besides proxy wars, arms races, and polarization of global politics, the struggle between the United States and China is taking a dramatic curve. The conflict trespasses the old policies of extending influence toward new spheres.
Putting aside the traditional arms race, there is a growing realization on the US side that Beijing is a step ahead in the pursuit of metals and minerals in which to feed existing electrical and engineered products, and future technologies.
China cozying up with the Taliban is a case in point. Afghanistan is rich in rare earth metals such as lithium that can be used in batteries and uranium for nuclear fuel.
The search for silicon metal deposits is also crucial for many countries. As the key ingredient in semiconductors, securing as much of the element as possible is a must.
China is leading the way in locating and extracting compounds for this industry. Semiconductors are used in standard electronic devices, and home appliances, but also in defense systems, for example.
It could be argued that semiconductors are the basis for the industrial revolution 2.0.
China produces and controls 80 percent of the world’s rare earths. Other nations fully or partially depend on them to supply it.
Other countries account for minimal supplies of minerals required for semiconductors. These include parts of South East Asia, Brazil, India, Russia, Australia and the United States, but all of these nations combined cannot compete with China’s production.
Beijing’s stranglehold on the production of coveted minerals and metals proves problematic for the United States that had - in the 1980s dominated global market production. Gradually retreating from its dominating position it paved the way for others - primarily China - to advance instead.
Production growth abroad with cheaper labor costs and increasing local environmental pressures, were the two most important factors in America’s decline. Now it has a high price to pay to reach top spot once again.
In 2010, tensions were on the rise between China and Japan as Tokyo accused Beijing of ceasing to export a much needed share of rare earth minerals. The Chinese denied this accusation, but the Japanese industry was significantly affected.
As a barometer, if Japan was replaced with the United States in this situation its industrial system, and accordingly its economy, immediately falls at the mercy of China. Washington simply cannot allow this to happen.
To regain its lost superiority in this field, the US faces mounting challenges. The necessity of building a domestic supply chain to decrease its reliance on China in mineral processing; dealing with environmental concerns, and getting the Federal Government directly involved in investing the necessary funds are difficult tasks.
Confronting China’s domination of access to rare earth minerals requires clear policy, with a Public Private Partnership (PPP) model a possibility. It needs to function according to clear and transparent procedures in order to compete effectively with Beijing.
Production has already started in Wyoming, Texas and California, but environmental concerns – that are rarely raised in China - are growing. This will hinder the process of building a competitive local production chain in the US.
Many rare earth mineral deposits sit in areas alongside radioactive materials that make people nervous, while the waste byproducts from mining harms ecosystems, and releases toxins into the atmosphere.
At a time when the world is striving to combat climate change, the US cannot push against the current. For it to compete with China, it needs to reach huge levels of production of rare earth minerals, and build an extraction and processing chain. This requires time, money and planning. It also needs additional coordination with its allies, including the European Union.
Biden’s sweeping $2 trillion infrastructure legislation will help to rebuild the country’s semiconductor industry. When environment-friendly production plants come online, Washington can show it is keeping its word about protecting the environment.
The US has no option but to stand up and protect its economy. The cold war it has with China has now entered a new phase.