Biden's decision not to invite Azerbaijan and Turkey to Democracy Summit is strange - Goble - ednews.net 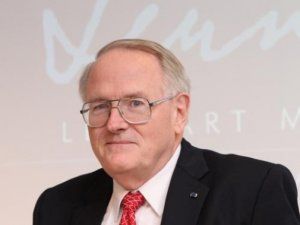 Democracy Summit, initiated by US President Joe Biden, is far from the best way to promote democracy, given that there are no countries in the world without problems in this direction, said American analyst, writer and columnist Paul Goble, Azeri Daily reports.

Goble said that promoting democracy and supporting countries along this path is commendable, but it is not easy to do this in practice: 'In the beginning of 1990s, the United States arranged such a summit in the hope that it would urge the countries to move in the right -- in the opinion of the United States -- direction. This year the number of participating countries is relatively smaller, which indicates a drop in interest in this event. I believe that such meetings are far from the best way to promote democratic values, given that problems in the field of democracy have always been and always will be.'

Commenting on the absence of Azerbaijan and Turkey in the list of guests invited to the summit, the American analyst called Biden's decision strange. 'As for the criteria for inviting to the summit, I do not have much understanding. I think the United States in its decision relied on the assessments of human rights defenders from different countries, mainly opposed to Azerbaijan and Turkey,' said Goble.