Turkey’s mediation may be beneficial in avoiding the large-scale war between Russia and Ukraine - Expert
Read: 599

Armenia should negotiate with Turkey, Azerbaijan without mediators - Expert
Read: 274

Azerbaijan's victory will pave the way for stability and prosperity in the entire Caucasus region - Ahmad Abdo Tarabik - VIDEO
Read: 259 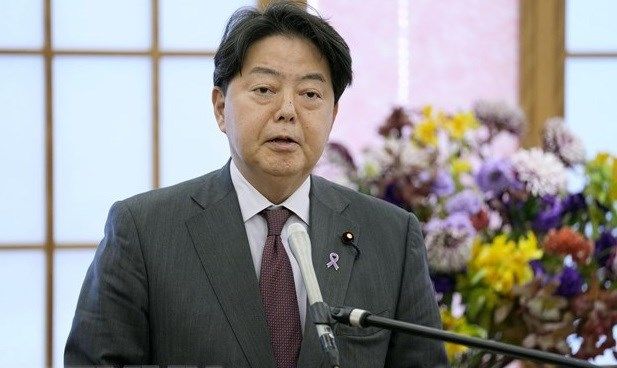 Japan and the UK have agreed to step up security cooperation in order to realise a "free and open Indo-Pacific" region, Vietnam news reports.

The Japanese Ministry of Foreign Affairs reported that in their phone talks on November 24, Minister Yoshimasa Hayashi and his British counterpart Liz Truss affirmed their strong opposition to unilateral attempts to change the status quo by force in the East China Sea and South China Sea (called the East Sea in Vietnam).

The ministers discussed the UK's bid to join the 11-member Comprehensive and Progressive Agreement for Trans-Pacific Partnership (CPTPP).

They also agreed to work together to reduce carbon emissions following the recent 26th UN Climate Change Conference of the Parties (COP26) in Glasgow, the UK.