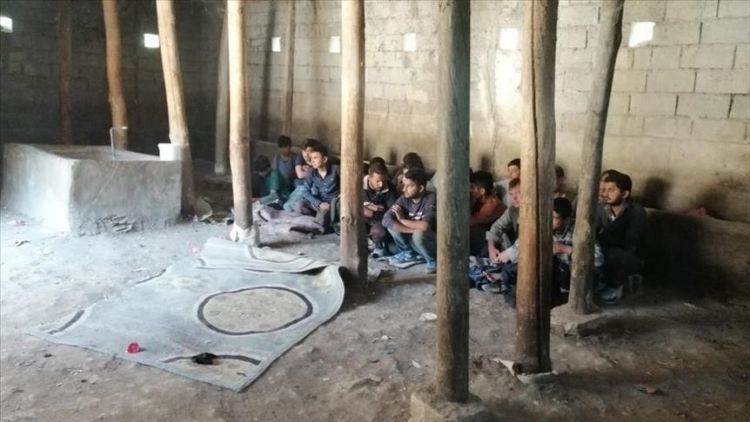 French Interior Minister Gerald Darmanin announced that European border and coast guard agency Frontex will deploy a surveillance aircraft from Wednesday to monitor the French coast, a launching site for many migrants attempting to cross over to the UK.

The plane will "fly day and night" over the English Channel and North Sea area and from France to the Netherlands, Darmanin said following an intergovernmental meeting that was organized after an inflatable boat sunk off the coast of the city of Calais in northern France on Nov. 24, claiming the lives of at least 27 people.

The meeting, hosted by France, included ministers in charge of immigration from Germany, Belgium and the Netherlands along with European Commissioner for Home Affairs Ylva Johansson and officials from the European Union, Europol and Frontex who gathered in Calais.

The joint declaration of the meeting reaffirmed the “commitment to fight more effectively against criminal networks of smugglers” and to strengthen operational cooperation in the English Channel and North Sea upstream in Europe, in the countries of origin and transit, and the UK.

The emergency meeting excluded the UK after British Prime Minister Boris Johnson published a letter to French President Emmanuel Macron on Twitter proposing that France take back migrants who have crossed the Channel. The letter invoked fury from the French government, which canceled an invitation to British Home Minister Priti Patel to attend the meeting.

Darmanin clarified that the meeting Sunday was “not anti-English but pro-European" and called for greater collaboration between European countries and the UK.