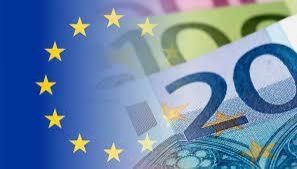 The European Union on Wednesday unveiled a strategy to mobilize up to €300 billion (some $340 billion) in investment spending between 2021-2027, a key plan to counter China's Belt and Road Initiative, Anadolu Agency reports.

"The Global Gateway Strategy is a template for how Europe can build more resilient connections with the world," said EU Commission President Ursula von der Leyen.

The European model consists of both hard and soft infrastructure, as well as sustainable investments in digital, climate and energy, transport, health, education, and research, she stated.

The plan is a joint approach of the EU Commission, member states, and European financial institutions, she said, adding that the private sector will also contribute to the process.

The EU plan will be well-managed, transparent, and will not result in unsustainable debt levels, she said, and the Global Gateway would be a "true alternative" to the Chinese initiative, a trillion-dollar infrastructure network across the continents.

According to the plan, the EU will provide €300 billion for infrastructure investments in developing countries until 2027.

This resource will be directed to areas such as digital transformation, telecommunications, transportation, energy, and health.

To receive the investments, compliance with standards in various fields, such as the rule of law, environment, democracy, and human rights will be required.