"Many people I know in Azerbaijanis still dealing with the trauma" - Former US Ambassador discussed the political side of the January 20 events - VIDEO
Read: 250

The Black January is a victory of humanity over tyranny - Pakistani expert
Read: 198 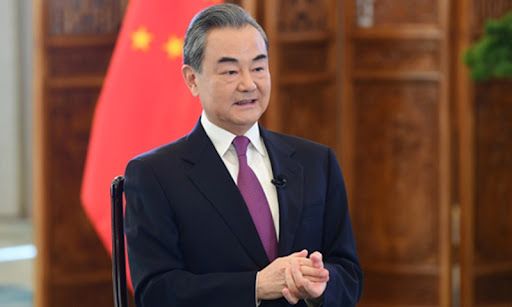 Chinese State Councilor and Foreign Minister Wang Yi held a telephone conversation with Pakistani Foreign Minister Shah Mehmood Qureshi on Friday night, during which Wang expounded on China's position on the so-called "Summit for Democracy" to be held by the United States, People's Daily reports.

What the United States aims for is not democracy but hegemony, Wang pointed out, adding the country is seeking to defend its dominant position in the world in the name of democracy.

The United States, he continued, is trying to interfere with other countries' internal affairs under the banner of democracy, abusing democratic values and creating divisions in the world.

Many countries believe neither is the United States in a position to set tests and standards for others nor does it have the rights to ask others to only follow its way of democracy, according to the Chinese diplomat.

Wang stressed if democracy is to be discussed it should be discussed on the platform of the United Nations in the spirit of mutual respect and on an equal footing.

China has full confidence in its democratic path and process, he said, noting that the socialist democracy with Chinese characteristics is the whole-process people's democracy, which has won wide endorsement and support from the Chinese people.

China is also ready to work with all sides to uphold justice, reject the Cold War mentality, safeguard and develop true democracy, and earnestly defend the legitimate and lawful rights and interests of developing countries, he added.