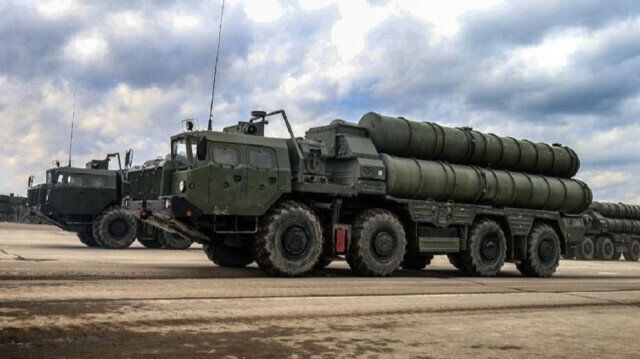 “Supplies have begun this month and will continue to happen," Shringla said in a press briefing after a meeting between Indian Prime Minister Narendra Modi and Russian President Vladimir Putin at India-Russia Annual Summit in New Delhi.

Regarding the US' Countering America’s Adversaries Through Sanctions Act (CAATSA), Shringla said: "I don't think this issue came up at all in talks with Russian delegation."

New Delhi and Russia inked a $5.5 billion deal for the S-400 system in 2018, a move that opened India to possible US sanctions.

Washington has long tried to deter countries from buying military equipment from Russia, threatening them with punitive measures under CAATSA.

India moved forward with the deal despite Washington’s warnings that a waiver from CAATSA was unlikely, maintaining that it has strategic ties with both Russia and the US.

Lloyd Austin, the US secretary of defense, reiterated during his March visit to India that all US allies and partners should shun Russian hardware and “avoid any kind of acquisition that would trigger sanctions.”