Report of 90% uranium enrichment in Iran is a sheer lie - Iranian FM - ednews.net 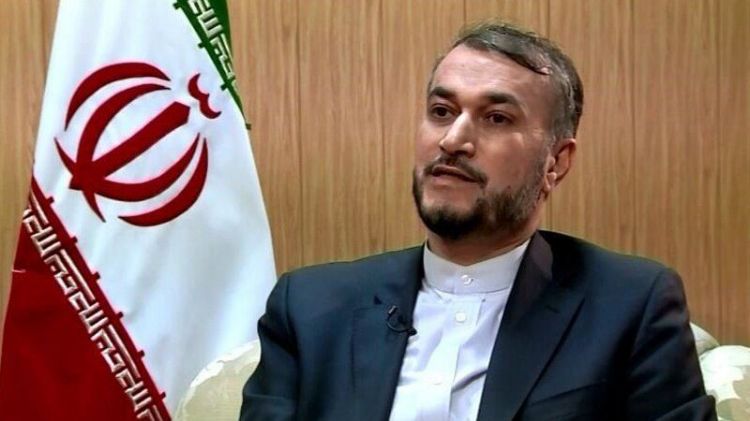 Iranian Foreign Minister said that what the Iranian negotiating team presented in Vienna is fully in keeping with the JCPOA, adding that the report of 90% uranium enrichment in Iran is a sheer lie.

"We are serious about reaching a good deal. Any deal must be comprehensive so that people feel its results in a tangible way," wrote Hossein Amir-Abdollahian in an Instagram post, Mehr news reports.

"What the Iranian negotiating team presented in writing is fully in keeping with the Iran nuclear deal, JCPOA, and there is nothing in the documents beyond the agreement nor does the text contain any demands beyond the JCPOA," he said.

Referring to his phone talks with the EU Foreign Policy Chief Josep Borrell, the Iranian foreign minister said, "I explicitly told Mr. Borrel that the report of 90% uranium enrichment in Iran is a sheer lie."

"The other parties are expected to come to Vienna for the continuation of talks with clear proposals and answers including the removal of sanctions and to stop their blame-game. In this case, a good deal is within reach. We will follow the path of diplomacy and talks in Vienna within the framework of the logic of negotiation and understanding," he noted.

Another round of talks with Iran on the Joint Comprehensive Plan of Action (JCPOA) began in the Austrian capital last Monday between Iran and P4+1 with the aim of the removal of the US sanctions against Iran. The issue of lifting the US sanctions from Iran was the main topic of discussion. During the talks, Iran provided two documents on the removal of illegal US sanctions and Iran's nuclear activities to the other signatories to the JCPOA.

The Iranian delegation is very serious in the negotiations, and the submission of documents shows Iran's seriousness to reach an agreement, and now other parties must show their determination, the Iranian top negotiator Ali Bagheri Kani has repeatedly asserted.