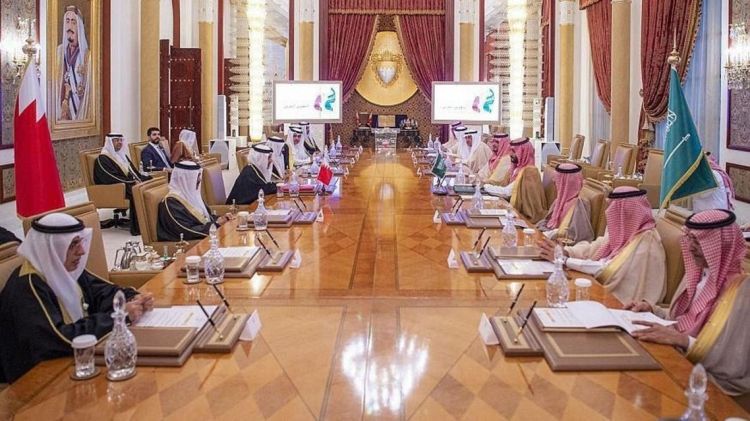 Both leaders consider the Saudi-Bahraini Coordination Council and its subsidiary committees as an effective tool to push the two countries’ relations for further progress and benefit from the available capabilities and invest them appropriately.

It was the second meeting of the Saudi-Bahraini Coordination Council at Sakhir Palace, according to the Saudi Press News Agency SPA.

The two sides stressed the importance of continuing to strengthen joint work in the security and military fields.

The two countries reached a number of initiatives that would enhance coordination and “consultation in the field of security and military cooperation, enhancing cooperation in the field of cyber security, facilitating the procedures for transit of goods and trucks across borders, as well as facilitating the procedures for travelers through air and land ports, networking, and electronic linking between the two ministries of interior in a number of fields,” according to SPA.

The Saudi Crown Prince had arrived in Manama earlier on Thursday, where he was met by Bahrain’s King Hamad bin Isa Al Khalifa after concluding talks, on his fourth stop of a tour of Gulf states ahead of a Gulf summit later this month.