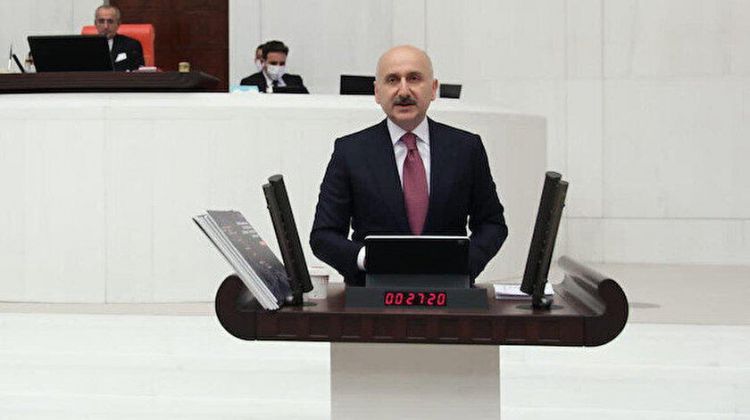 Turkey’s Transport and Infrastructure Minister Adil Karaismailoglu has announced that they will send TURKSAT 5B satellite into space on December 19, Yeni Shafak has reported.

He made the remarks while presenting the ministry’s 2022 fiscal year budget in the parliament, the report added.

“We are sending the TURKSAT 5B satellite into space at 0658 in the morning on 19 December with the SpaceX Falcon 9 rocket,” Karaismailoglu stressed.

As the most powerful satellite, the TURKSAT 5B will take Turkey to the next level in space technology, he underlined.

The minister added that the assembly, integration and tests of TURKSAT 6A, Turkey’s national communication satellite, is also underway in Ankara. He stressed that this will make the country one of the top-ten nations in the field.

"With the End-to-End Domestic and National 5G Communication Network Project, we will eliminate our dependence on foreign sources in electronic communication infrastructure,” Karaismailoglu emphasized.

The number of people using the e-government gateway has exceeded 57 million and citizens can now easily access many services with just one click, without going to public buildings, he added.

Karaismailoglu said that the government is trying to ensure people’s easy access to all kinds of data by offering advanced innovations in communication technology.

He described every step of the government as part of a grand strategy.

"We are building railways, highways, airports, maritime structures and communication systems that will bring jobs, food, education, social and cultural wealth to our people," Karaismailoglu underlined.

The minister described the projects implemented by the government as human-oriented, environmentally friendly based on scientific foundations. Along with their support to the state economy, the projects provide employment for people by making efficient use of the resources, he added.

In addition to the high-speed train projects, where passengers and freights will be carried, the government also continues its improvement efforts in the conventional lines.

“As part of our logistics works, we connect our railways to ports and airports. We have increased the share of railways in our investments to 48 percent. We will increase it to 63 percent in 2023. Our target for freight transport in railways is 36.5 million tons in 2021. We will exceed 50 million tons in 2023. Turkey has a significant trade volume in regional freight transportation, and we will increase this potential by building logistics centers," Karaismailoglu stated.

Commenting on the national electric train production, the minister said that the €17.4-billion project will be launched in 2022 and the mass production will kick off in 2023.

"By preparing the Railway Energy and Climate Change Action Plan, we determine and implement strategies that will reduce carbon emissions. Considering the Logistics Master Plan, we are developing business models to increase the efficiency and effectiveness of our railway network and logistics centers, on the one hand, and on the other hand, we are working to increase the length of the railway line to 28,590 kilometers,” he added.

Karaismailoglu underlined that Turkey became one of the fastest developing countries in the world with its air transportation policies and activities.

"We have increased the number of airports to 56. Turkish Airlines, one of the largest airline companies in the world, is now taking much more confident steps into the future with Istanbul Airport," he said.