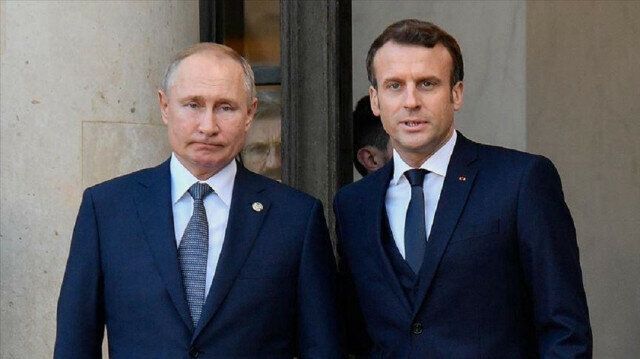 In a phone call, Putin and Macron stressed that the crisis must be resolved within the framework of international humanitarian norms, according to a Kremlin statement.

In refusing to accept the migrants trying to cross Belarus’ borders, Poland and the Baltic countries are violating their international obligations to protect immigrant rights, Putin said.

He added that representatives of EU members should consult with Belarus on such issues.

Some 2,000 people are waiting at Belarus’ Bruzgi border crossing into Poland without housing and in poor conditions as the weather grows colder.

Since August, the EU countries bordering Belarus – Lithuania, Latvia, and Poland – have reported a dramatic rise in irregular crossings.

More than 8,000 people have tried to enter the bloc via the Belarusian-EU border in 2021, up sharply from just 150 last year.

According to the EU, Belarus reaches out to potential travelers through seemingly official channels, including diplomatic missions and travel agencies, and lures them to Belarus by offering them visas. They are then allegedly guided to the EU border.