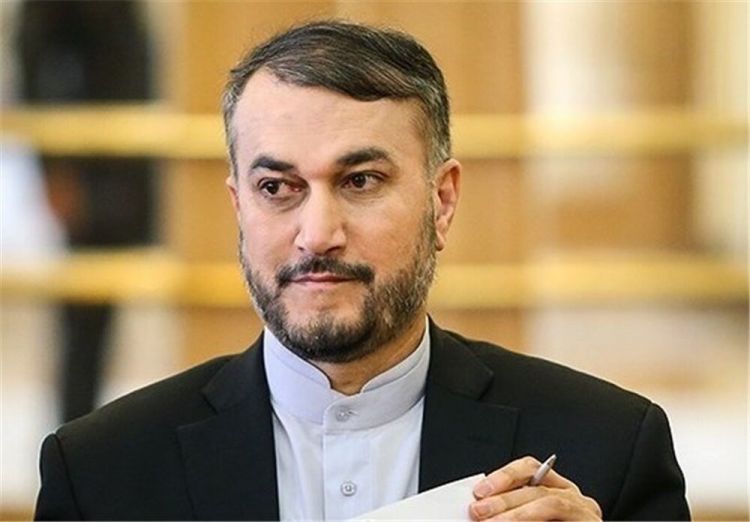 Iranian Foreign Minister has told UN Secretary-General that Western parties must know that intimidation against Iran will have adverse effect on Tehran, Mehr news reports.

Iranian Foreign Minister Hossein Amir-Abdollahian and Antonio Guterres Secretary-General of the United Nations discussed the Vienna talks and some issues of mutual interest in a telephone conversation on Wednesday evening.

The Iranian negotiating team in Vienna talks are seriously working to reach a good agreement and they have the necessary initiative and authority, the Iranian Foreign Minister said.

Amir-Abdollahian added that "But we do not tolerate the use of an intimidating language. Western parties must know that threatening language against Iran will have adverse effect."

"We have provided two drafts on the removal of sanctions and nuclear issues which are in accordance with JCPOA, Amir-Abdollahian said, adding that Tehran has not made any demands beyond the JCPOA.

|At the same time, any obligation beyond the deal is not acceptable,| he added.

"As we have repeatedly emphasized, resolving the alleged concerns of the Western parties requires the complete removal of the sanctions", he noted.

The UN  Secretary-General, for his part, said that JCPOA is an important document and it is very useful for keeping international peace and stability.

Guterres  stressed that the United Nations' position on JCPOA has always been explicit and transparent.

He also appreciated Iran's cooperation with the International Atomic Energy Agency (IAEA) after giving permission to reinstalling cameras at the Karaj TESA site.

"This measure is a sign of Tehran's good cooperation with the IAEA, which will have a positive impact on the trust-building process during the negotiations", he asserted.