Moscow to respond to expulsions of Russian diplomats from Berlin - ednews.net

daily news
State of emergency ends in Kazakhstan
Iraq and Tehran sign an MoU to boost economic ties
Iran, Russia, China to hold joint drills in Persian Gulf
Putin 'must not be allowed to rewrite' rules - Johnson
Israeli President Herzog may visit Turkiye - Erdogan
US wants peace in Ukraine - Blinken
Over 18 million COVID-19 cases reported worldwide in one week - WHO
Turkiye ready to play role in reducing tensions between Russia and Ukraine - Official

China landed on the moon and found water in dirt and rocks
Read: 382

We have become a coordinating face for Al Jazeera in the region - Umud Mirzayev - PHOTOS
Read: 166

Moscow to respond to expulsions of Russian diplomats from Berlin 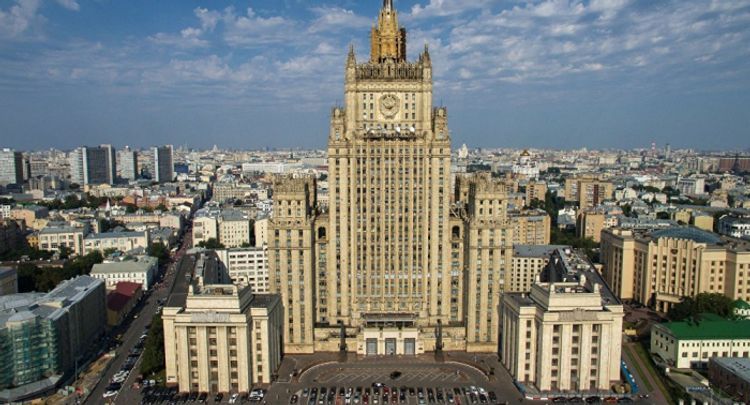 "The unfriendly actions by Berlin won’t be left without an appropriate response," she said. "A statement on the matter will follow shortly."

A court in Berlin earlier sentenced a Russian national to life in prison on charges of murdering a Georgian citizen more than two years ago. The court ruled that the Russian government allegedly had ordered the killing. Germany’s Foreign Minister Annalena Baerbock said after the ruling that the murder was a serious violation of the country’s law and sovereignty and announced expulsions of two members of the Russian embassy staff.