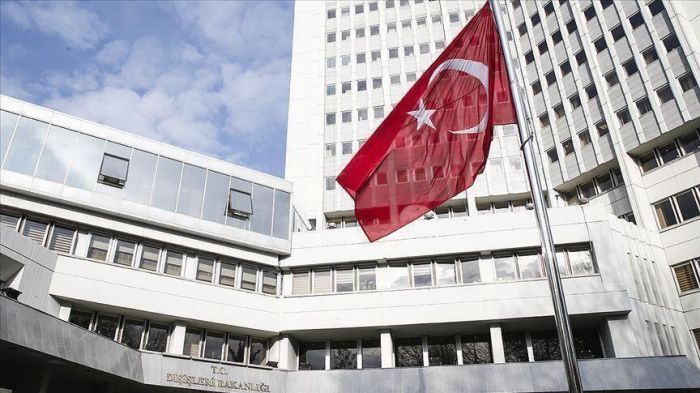 Turkey on Friday rejected a new US State Department report on terrorism, saying it did not fairly evaluate Ankara's fight against terror groups, Yeni Safak reports.

In a statement, the Foreign Ministry said the Country Reports on Terrorism 2020, released on Thursday, undermines Turkey's fight against terrorist groups such as the PKK, DHKP-C, and Daesh/ISIS as well as its contributions to international counter-terror efforts.

On allegations in the report that Turkey's counter-terror efforts restricted rights and freedoms, the statement called them "baseless and unacceptable."

Turkey guards the thin line between security and freedom without differentiating between terror groups, it added.

The Syria section of the report, the statement said, mentions that terrorist PKK-affiliated groups are Turkey’s primary concern. This in itself is an admission that the Syrian-based terrorist YPG/PYD – which also uses the label SDF – and the PKK are two sides of the same coin, the ministry added.

The US is well aware that the YPG/SDF, which the US supports under the guise of fighting Daesh/ISIS, is under the control of the PKK, the ministry said.

Turkey has long objected to the US support for the YPG, ostensibly to fight Deash/ISIS, saying that using one terror group to fight another makes no sense.

“Thus,” the ministry continued, “it is unacceptable that terrorist attacks by PKK-affiliated groups targeting civilians, including hospitals, in Syria, resulting in the death of more than 120 innocent people in the last year, are not included in the report.”

The omission in the report of the terror group's release of (Daesh/ISIS) foreign fighters in return for a bribe is an effort to cover up the true intentions of the YPG/SDF, the statement said.