Border crisis in Belarus caused by West, not Minsk - Ambassador 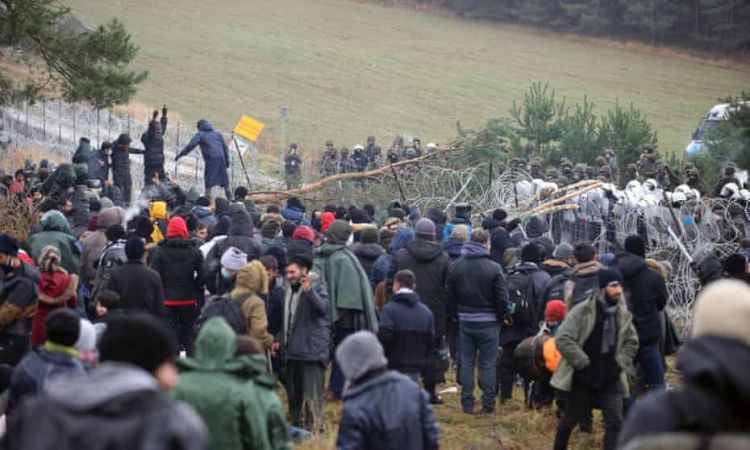 The deep reason for the migration crisis on the border of Belarus is the actions of the West, including the refusal to rebuild the countries that have been damaged by wars. Constructive dialogue with Minsk is needed to resolve the problem, Russian Ambassador to the United States Anatoly Antonov said in an interview with Newsweek magazine published on Friday, Tass reports.

"You are absolutely right in trying to understand the roots of the current crisis at the Belorussian border. The deeper cause of the situation is attempts of the Western countries, including the U.S., to impose their vision of democracy around the world. Such an activity of the United States and its partners over the past decades led to a series of regional conflicts. As a result, we saw a dramatic deterioration of the security situation in the Middle East and Northern Africa, economic decline, and massive migration flows," he said.

According to the diplomat, "Unfortunately, the West has not fulfilled its promises to rebuild the states that suffered from wars and to bring people's lives back to normal. That is why Belarus has become a transition point for the refugees. It happened not by the fault of Minsk," he said.

"Now, lives of thousands of ordinary people seeking refuge in Europe are in danger. No doubt, this situation should be solved by providing necessary aid in accordance with international humanitarian law. The West needs to abandon the language of sanctions and threats against Belarus and stop politically motivated accusations. Let alone the fact that organizers of the human trafficking from the Middle East are in Europe. We believe that the only way out is constructive dialogue with Minsk on the issue," the diplomat added