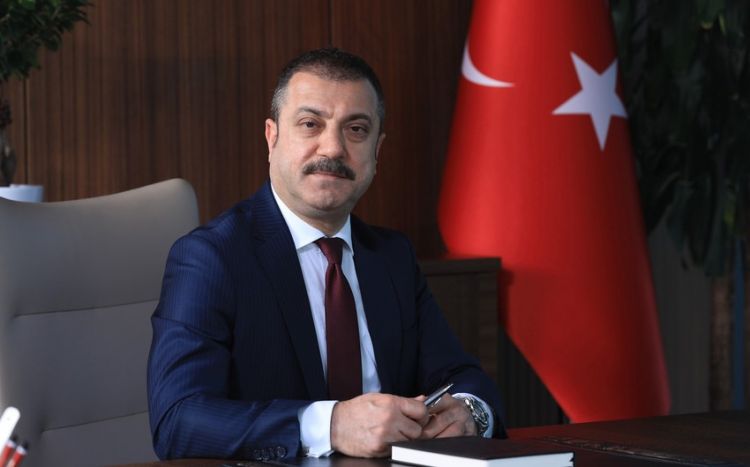 The Central Bank of Turkey is planning to conclude a currency swap agreement with the two countries within two weeks, the governor of the Central Bank, Sahap Kavcioglu, told President Recep Tayyip Erdogan’s meeting with economists and scientists, Report informs.

Earlier Reuters reported, citing two anonymous sources familiar with the matter that talks between the Turkish Central Bank and partners in Azerbaijan and the United Arab Emirates (UAE) to secure a possible currency swap line are nearing completion, with one deal expected by the end of the year.

“The deal with Azerbaijan is almost completed. Foreign exchange agreements will be useful during this period and negotiations with several countries are ongoing,” a senior Turkish official said.

The second source said that the initial amount of the exchange deal with Azerbaijan might have been small, but it was gradually increasing.

The Central Bank of Turkey has concluded swap deals with China, Qatar, and South Korea in the amount of about 23 billion US dollars. They encourage local currency trading and increase the gross reserves of the Central Bank.

In an attempt to slow the historic collapse of the lira, the Central Bank announced five direct market interventions this month, totaling up to $10 billion, bankers said. The lira has surged from record lows this week.

Turkey has previously also tried to strike deals with central banks in the US, UK, Russia, and Malaysia. Turkey's Central Bank reserves remain depleted after a series of interventions in 2019-20, in which some $128 billion were sold through state-owned banks.