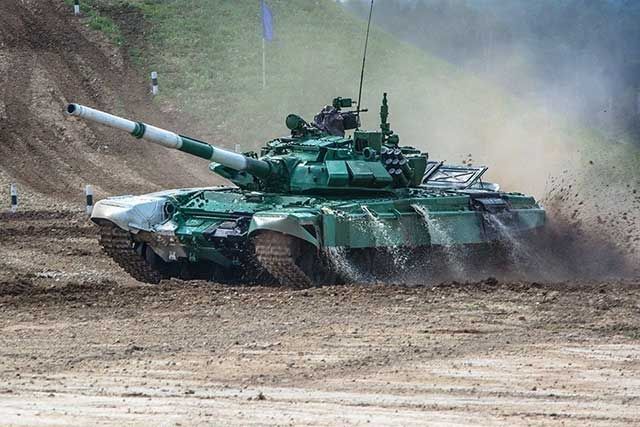 The Russian manufacturer Uralvagonzavod [UVZ], which is part of the state corporation Rostec, has sent a batch of T-72B3M tanks to the Russian Ministry of Defense.

“The armored vehicles have passed a full set of tests accepted by customers following the requirements of regulatory and technical documentation and the terms of the contract and are ready to serve in the ranks of the Russian army,” UVZ said in a statement.
The work was carried out as part of the implementation of the state defense order, which provides for the modernization of T-72B tanks to the level of T-72B3M. It is noted that compared to the original version, the delivered T-72B3M has significantly improved performance.
T-72B3M is one of the new products that were demonstrated in 2018 at the Army Military-Technical Forum. This is a deeply modernized version of the main battle tank T-72.
T-72B3M is equipped with a new diesel engine with 1130 hp, additional protection for the dome, side protrusions, and bottom. The car is equipped with modern daily fire control systems, digital communications, and some other new systems. In addition, the tank is armed with a new 125-mm gun with improved ballistics and resource, Sosna-U sight, digital ballistic computer, and panoramic sight installed at the workplace of the commander of the vehicle.
Uralvagonzavod produces a wide range of engineering products, including freight cars and components for them. The company is 100% owned by the state corporation Rostec.
The main operators of the Russian T-72B3 tank are Russia [1,150 units], Belarus [20 units], and Syria [unknown number of units ]. It is reported that before it was officially introduced in 2018, the T-72B3 was tested in real combat conditions in Syria. In the summer of 2018, T-72B3 tanks were spotted in the Syrian army’s combat formations in the Golan Heights region bordering Israel.
In November 2014, Armament Research Services, based on photos from TV Channel 24 and a video from the Vesti program, published a report on the use of the T-72B3 in the armed conflict in eastern Ukraine.
Interesting fact – until 2019, T-72B3 uses thermal imaging optics made in France, but in the same year, the Ministry of Defense of the Russian Federation decided to replace the French thermal imaging with Russian.