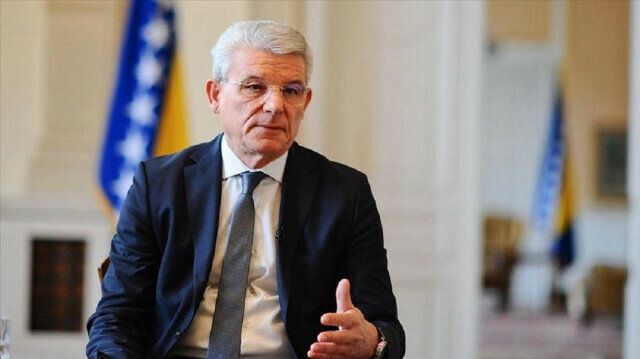 Dzaferovic told Anadolu Agency that Turkey is a "true friend" of Bosnia and Herzegovina as it supports the 26-year-old Dayton Agreement which ended war in the country.

"The Republic of Turkey supports the sovereignty, territorial integrity and state institutions of Bosnia and Herzegovina without compromise. As a member of the Peace Implementation Council, Turkey also supports the EU and NATO path," he added.

He added that Turkey's attitude toward "cooperation and common interests" in Bosnia and Herzegovina is based on the peaceful coexistence of all ethnicities in the country.

As part of his official visit to Sarajevo on Monday, Turkey's National Defense Minister Hulusi Akar met with Zeljko Komsic, Croat member and current chairman of the Presidency of Bosnia and Herzegovina, along with its Serb member Milorad Dodik and Dzaferovic.