Adams, 61, a former police chief and head of Brooklyn Borough, succeeds Bill de Blasio, who took office as mayor in 2014 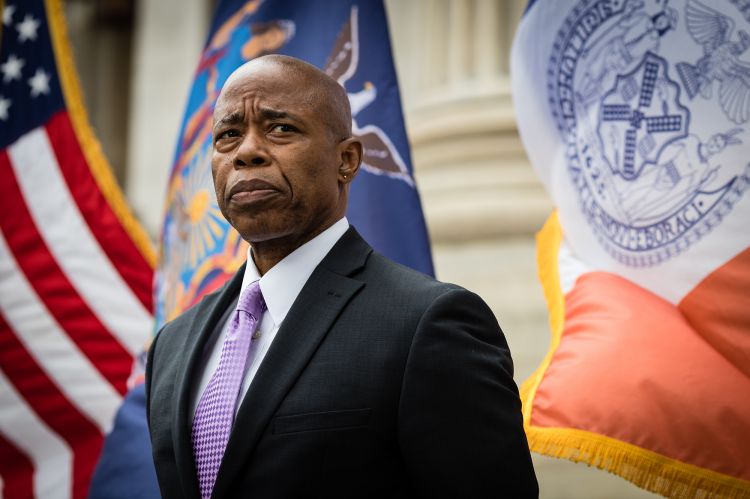 Eric Adams took office as the 110th mayor of New York City on Saturday, hours after being sworn in following the traditional New Year's Eve ball drop in Times Square.
"I chose Time Square as the site of my swearing in, because I take this important office as a time of great challenges for our city," Adams told New Yorkers in his first address from City Hall.
He said New York City will not be closed again due to COVID-19 "because New Yorkers are more resilient than the pandemic."
Adams, 61, also said New York City "should be the center of the universe again."
"We all need that reminder right now. We have lived through two years of continuous crisis. And that insults our very nature as New Yorkers," he added.
The new mayor also admitted that unemployment, crime rates, and COVID-19 cases in the city remain high.
"So how do we get our city back? My fellow New Yorkers, the answer is simple. We will get our city back by making the commitment to each other, right here, right now, beginning today.
"This will be our new year's resolution. We will not be controlled by crisis," he added.
Adams, a Democrat and former police captain, is the second Black mayor in the city's history. He succeeded Bill de Blasio, who took office in 2014.
Adams served at the New York City Police Department for 22 years, four terms as New York State senator, and seven years as the first African-American president of the Brooklyn Borough.