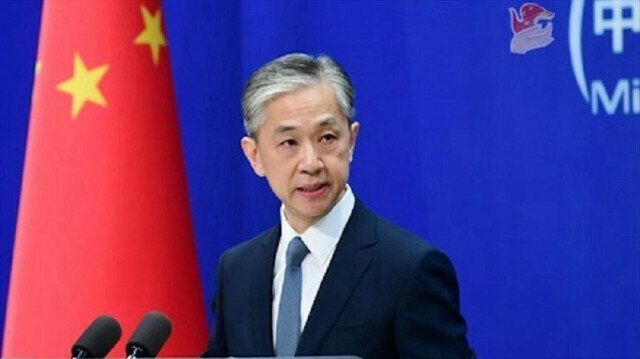 China on Friday said members of the Shanghai Cooperation Organization (SCO) are “willing to play a positive role in stabilizing the situation” in Kazakhstan, Yeni Safak reports.

“Safeguarding member states’ and regional stability has always been the principle and mission of the Shanghai Cooperation Organization,” Wang Wenbin, a spokesperson for China’s Foreign Ministry told reporters, referring to the turbulent situation in Kazakhstan, one of the nine SCO members.

“China and other SCO members are closely watching Kazakhstan’s situation and are willing to play a positive role in stabilizing the situation,” Chinese daily Global Times quoted him as saying.

The statement from Beijing came as Kazakhstan’s President Kassym-Jomart Tokayev declared that the government has been able to restore order in the country.

“China has noticed that Kazakhstan is taking a series of measures to counter terrorism and defend stability. China supports all its efforts in quelling the situation and firmly opposes external forces that incite violence and chaos in the region,” Wang said.

“As its neighbor and permanent comprehensive strategic partner, China is willing to offer all necessary support to Kazakhstan to help it overcome recent difficulties.”

Kazakhstan has been rocked by days of deadly protests sparked by a fuel price hike.

Demonstrations that started in the oil-rich Mangystau region on Jan. 2 spread rapidly to other parts of the country, including the commercial hub and former capital Almaty, where thousands took to the streets.

Tokayev initially declared a state of emergency in Almaty and Mangystau from Jan. 5-19, before expanding it nationwide.

His Cabinet also resigned earlier this week, while the government has introduced price controls on liquified petroleum gas, gasoline, diesel and basic food products for 180 days.

According to government figures, 26 protesters and 18 security personnel have been killed so far in the unrest, with at least 18 more people injured and over 3,000 detained.

In a statement on Friday, Tokayev blamed foreign-trained “terrorists” for the violence and said security forces have been ordered “to fire without warning to kill the terrorists.”

On the deployment of peacekeeping troops from the Collective Security Treaty Organization (CSTO), he stressed that the forces will be in Kazakhstan for “a limited time to fulfill the function of protecting and guarding strategic places.”

The CSTO is a military alliance of the six former Soviet republics and Russia.