US says it remains ready to engage with Russia, warns Moscow on Ukraine - ednews.net

"Both Lukashenko and Putin's threats are no more than desperate attempts of bluffing" - Ukrainian expert
Read: 275

US says it remains ready to engage with Russia, warns Moscow on Ukraine 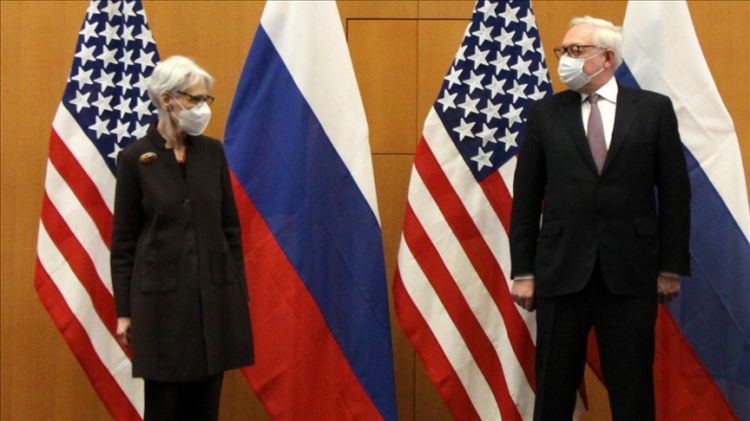 The US said it remains ready to engage with Russia but rejected some core proposals as "non-starters" Wednesday at talks in Brussels while urging Moscow to continue discussions, according to the number two American diplomat, Anadolu Agency reports.

"Together, the United States and our NATO allies made clear, we will not slam the door shut on NATO's open-door policy, a policy that has always been central to the NATO alliance as a defensive alliance solely," said Deputy Secretary of State Wendy Sherman.

Sherman spoke at a news conference after a meeting of the NATO-Russia Council and said NATO is a defensive alliance that exists to protect member states and does not seek confrontation.

Her comments were in response to Russian demands that the alliance should not expand eastwards toward Moscow after talks led by her counterpart, Russian Deputy Foreign Minister Sergei Ryabkov, a veteran diplomat.

The two countries held security talks in Geneva on Monday. A third round of discussions will be conducted Thursday with the Organization for Security and Co-operation in Europe (OSCE), of which Ukraine is a member.

"As we speak, Russia has amassed more than 100,000 troops along Ukraine's borders, in an unprovoked military build-up," said Sherman.