US senators introduce bill to sanction Russia if it invades Ukraine - ednews.net

US senators introduce bill to sanction Russia if it invades Ukraine 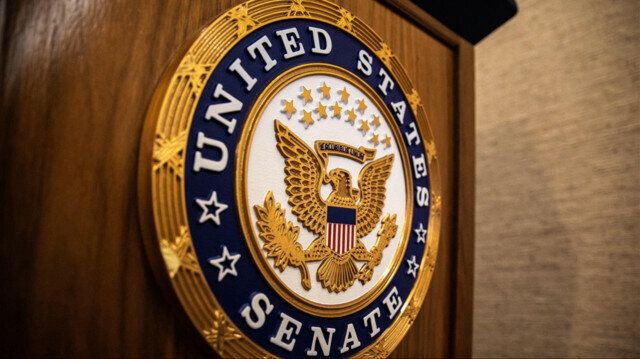 "The Defending Ukraine Sovereignty Act of 2022" is seeking to sanction the Russian banking sector and senior military and government officials if Moscow escalates hostile action in or against Ukraine.

"This legislation makes it absolutely clear that the U.S. Senate will not stand idly by as the Kremlin threatens a re-invasion of Ukraine,” Menendez said in a statement. He is Chairman of the Senate Foreign Relations Committee.

"As the Biden administration seeks a diplomatic path forward this week in Europe to avoid another bloody escalation in Ukraine, I find little reason to believe that Putin is negotiating in good faith nor do I believe he has any newfound respect for Ukrainian sovereignty and territorial integrity," he added.

Schumer described Russian President Vladimir Putin’s aggression as "the greatest risk to the stability of Europe."

"Whether it is in cyberspace or as Putin orders a massive military buildup on the eastern border of Ukraine, the United States must make clear that an invasion of Ukraine will have severe consequences," said Schumer.

Deputy Secretary of State Wendy Sherman said earlier that the US remains ready to engage with Russia but rejected some core proposals as "non-starters" at talks in Brussels while urging Moscow to continue discussions.

"Together, the United States and our NATO allies made clear, we will not slam the door shut on NATO's open-door policy, a policy that has always been central to the NATO alliance as a defensive alliance solely," she said.

Sherman spoke at a news conference after a meeting of the NATO-Russia Council and said NATO is a defensive alliance that exists to protect member states and does not seek confrontation.

Russia is said to have amassed tens of thousands of troops near Ukraine’s border, a move that has prompted concerns by the West that Moscow could be planning another military offensive against its ex-Soviet neighbor. It comes years after Russia's 2014 annexation of Ukraine's Crimea region.

The US and Ukraine’s other Western allies, including the EU, say they will impose sanctions on Russia if it launches an offensive. But Russia has denied it plans to invade Ukraine.