Nord Stream 2 sanctions bill fails to pass in US Senate 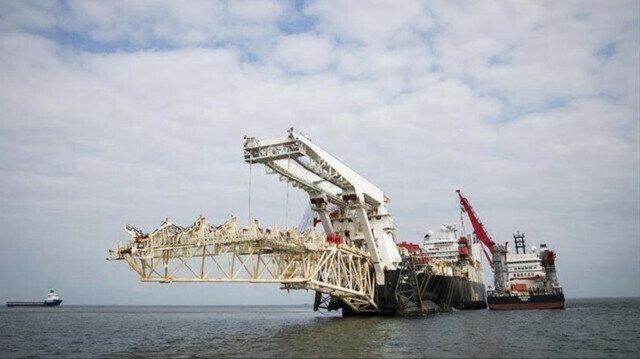 A bill to impose sanctions related to a key pipeline that will send natural gas from Russia to the European Union failed to pass in the Senate on Thursday.

The 55-43 interim vote tally means the legislation, introduced by Republican Sen. Ted Cruz, has failed to pass a key 60-vote procedural hurdle in the 100-member Senate. The vote remains open, but is certain to result in defeat.

The bill would have imposed sanctions on the company currently building Nord Stream 2.

Speaking ahead of the vote, Cruz described his legislation as a bid to prevent an existential threat to Ukraine that he said is posed by Nord Stream 2.

"The Senate is going to take a vote of incalculable importance to our national security, to the future of our allies in Europe, and to the very existence of the nation of Ukraine," he said on the Senate floor.

Critics of the pipeline, including Cruz and others, have maintained that it is a means by which Russian President Vladimir Putin can circumvent an existing gas pipeline that sends Russian gas through Ukraine and on to Europe, and thereby limit the consequences to him of invading the eastern European nation.

US President Joe Biden has already imposed sanctions on at least 16 ships and seven individuals in relation to the pipeline. But Cruz has demanded further action under existing US law that mandates sanctions on those involved in the project.

The Texas senator led an effort to hold up dozens of State Department nominees that require Senate confirmation over what he alleges is a lack of sufficient action from the administration.

Biden in July reached an agreement with Germany on the controversial natural gas pipeline in which Berlin agreed to take extensive measures to assuage US concerns in exchange for the US not sanctioning any German entities.

The US under successive presidents has warned that the pipeline is a bad deal for Germany and jeopardizes European energy security and poses the risk that Russia might cut off the gas supplies that currently run through Ukraine.

Under the pact, Berlin agreed to appoint a special envoy to help extend the existing gas contract that it has with Russia "well beyond" its current expiration in 2024 and would take action at the national and EU levels should Russia attempt to use energy resources as a weapon against Kyiv.

Ukraine has sharply criticized the agreement as a boon for Russia.