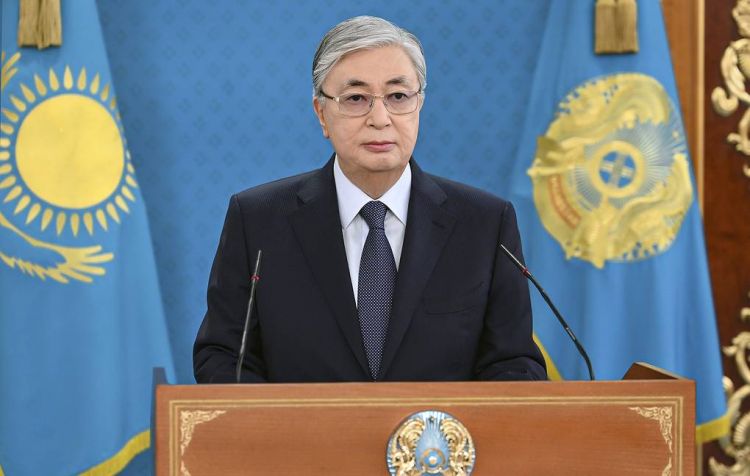 Kazakh President Kassym-Jomart Tokayev gave instructions at a meeting with the country’s security and law-enforcement agencies to establish the exact number of those killed in the recent mass riots in the Central Asian republic, the presidential press office reported on Saturday, Eurasia Diary reports citing Tass.

"Following the results of the meeting, the head of state gave a number of instructions. Special attention was paid to the issues of comprehensively investigating the tragic events in Kazakhstan, in particular, in Almaty, establishing the exact number of those killed among civilians, developing a new regulatory framework and coordinating the actions of security, defense and law-enforcement agencies in critical situations," the press office said in a statement.

The Kazakh president was informed about the pre-trial investigation of the events that had occurred in some regions in the first ten days of January, the results of special operations and also about other measures to ensure public security, law and order in the country, the press office said.

"Kassym-Jomart Tokayev instructed the secretary of the Security Council to expedite work on setting up Special Operations Forces and submit specific proposals on reforming the national security system," the statement says.\

The Kazakh president also highlighted the importance of preventing the violation of citizens’ rights in the course of a counter-terror operation and investigative measures, the press office said.

Protests erupted in several Kazakh cities on January 2, escalating into mass riots with government buildings getting ransacked in several cities, primarily in Almaty, a few days later. The ensuing violence left thousands of people injured, with fatalities also being reported. Subsequently, Kazakh President Tokayev turned to the Collective Security Treaty Organization (CSTO) requesting assistance from the Russia-led bloc. As a result, peacekeepers were deployed to Kazakhstan. Law and order, Kazakh authorities affirm, was restored to all of the country’s regions.

The Kazakh president later said that the post-Soviet security bloc’s forces had played a crucial role in stabilizing the situation in Kazakhstan and called their mission successful. On January 13, the CSTO began the pullout of its peacekeeping contingent from the Central Asian republic.