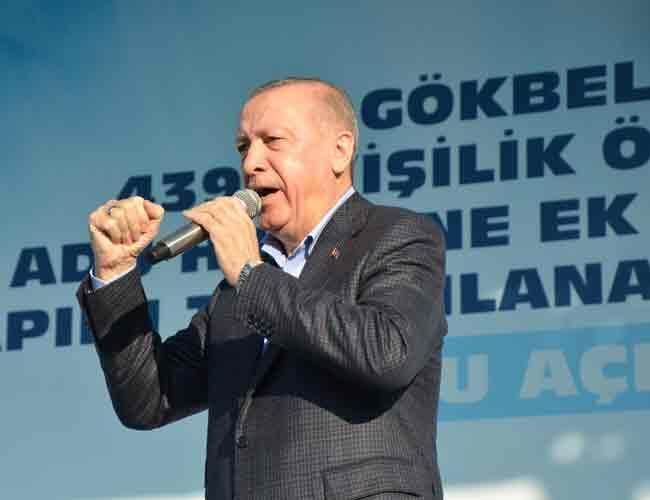 Turkey has become a manufacturing hub for three continents, contrary to the allegations of opposition parties that the country was selling its public factories but buying its basic agricultural needs, President Recep Tayyip Erdoğan said on Jan. 15, Hurriyet Daily reports.

The government protects everyone who trusts the Turkish economy, without discriminating between domestic and foreign and without excluding anyone, he said.

“We continue to support all investors who add value to these lands, produce, export, and help our people have jobs and food,” Erdoğan said, noting that the government provides various supports to this investment in tax, energy, infrastructure and personnel issues. Considering the economic and social contribution it has created, it is clear that this investment deserves all the support it has received.

These supports, studies and production moves are behind the fact that Turkey closed the year 2021 with a record export figure despite the pandemic conditions, he added.

“Despite the opposition, if we made our country run from one record to another record, I hope we will continue to write new success stories in the coming period. We will work, we will produce. We will believe in our nation. Together we will bring Turkey to the place it deserves,” the president stated.

Erdoğan noted that the mill, which would significantly meet Turkey’s need for paper, would also greatly contribute to lowering the country’s current account deficit by ending imports worth $250 million and conducting exports worth $200 million.

The president further stressed that the mill, equipped with state-of-the-art machines and technology, would make a production from wastepaper through recycling and thus would play a significant role in Turkey’s green revolution in the economy as well.

Later on, Erdoğan addressed the opening ceremony of Gökbel Dam and other newly-built facilities in Aydın. In his address, the president said, “We will achieve our goal of a great and powerful Turkey, which we will build upon the services and projects we have implemented in our country over the past 20 years.”