Iran absolutely right to ask for guarantees in Vienna talks 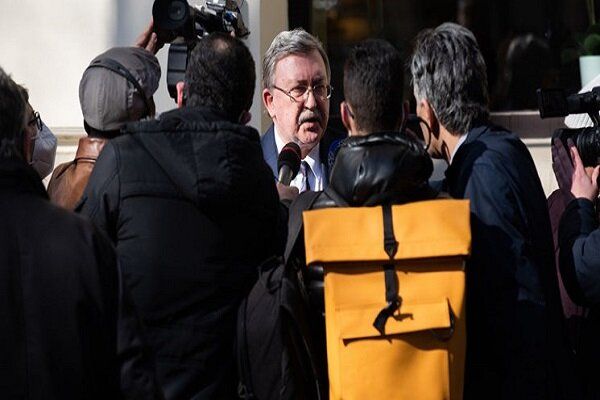 Stating that some people don’t want to learn lessons from the failed maximum pressure policy, the Russian diplomat said that Iranians are absolutely right when they ask for guarantees in Vienna talks, Mehr News reports.

Russia's Permanent Representative to the International Organizations in Vienna Mikhail Ulyanov made the remarks in a tweet on early Tuesday in reaction to a tweet by Richard Goldberg, an advisor at the Foundation for Defense of Democracies.

"Some people don’t want to learn lessons from the failed maximum pressure policy. Iranians are absolutely right when they ask for guarantees against a repetition of this catastrophic adventure," Ulyanov wrote.

Russia's envoy to the Vienna talks has previously said that the goal of all parties is to revive the nuclear deal and lift sanctions, citing the intensification of opposition to the JCPOA revival following the progress of the talks in Vienna.

The negotiations are taking place between Iran, and the remaining parties to the Joint Comprehensive Plan of Action (JCPOA), namely Russia, China, Britain, France, Germany and the EU.

During the previous round of the talks, the first under Iran’s new President Ebrahim Raeisi, Iran presented new proposals at the negotiating table to help the talks move forward and later criticized the European signatories of the JCPOA for failing to follow suit and remaining passive.

In withdrawing from the deal in 2018, the Trump administration reinstated harsh economic sanctions on Iran.

Iran says the US sanctions need to be removed in a verifiable manner. It also says Washington should provide guarantees that it will not pull out again.