Turkiye to run 'charity train' to Afghanistan as hunger worsens

Train carrying 700 tonnes of food, clothing, and health and emergency goods will be sent to the conflict-torn Asian country through Turkiye's disaster agency, President Erdogan announces. 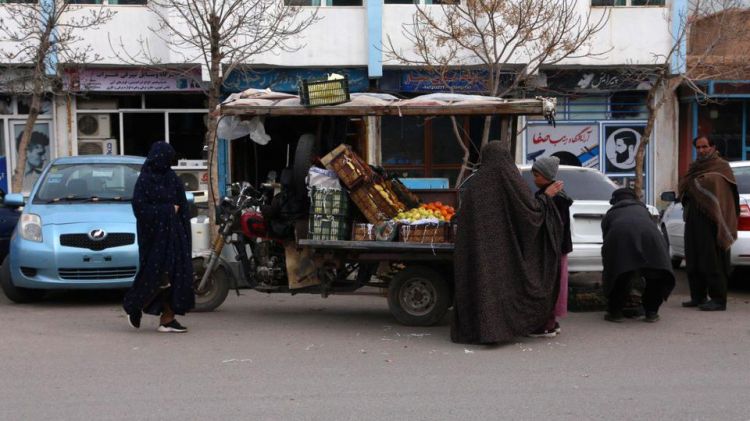 Turkiye has said it will send a "charity train" to Afghanistan carrying emergency goods, as the South Asian country faces harsh winter and a deteriorating economy that has plunged millions into poverty.
President Recep Tayyip Erdogan said the train, carrying 700 tonnes of food, clothing, and health and emergency goods will be sent with the support of 10 NGOs under the coordination of Turkiye's disaster agency AFAD.
Western nations led by the United States have frozen billions of dollars worth of Afghan banking assets and cut off development funding that once formed the backbone of Afghanistan's economy.
Some $9.5 billion in Afghan central bank reserves remain blocked outside the country, mainly in the United States, and international support given to the previous government has dried up since the Taliban took over power last August after the Western-backed government collapsed.
The international community has ramped up humanitarian aid, designed to address urgent needs and largely bypass official channels.
Acute hunger and mass displacements
The United Nations has said Afghanistan needs $5 billion in 2022 to avert the ongoing catastrophe.
Aid agencies describe Afghanistan's plight as one of the world's most rapidly growing humanitarian crises.
According to the UN humanitarian coordination office, OCHA, half of the population now faces acute hunger, over nine million people have been displaced, and millions of children are out of school.
Last week, the UN and its partners launched a $4.4 billion funding appeal to avert a humanitarian catastrophe in Afghanistan in 2022.
UN chief Antonio Guterres has warned that millions of Afghans are on the verge of death, urging the international community to release Afghanistan's frozen assets and jump-start its banking system.