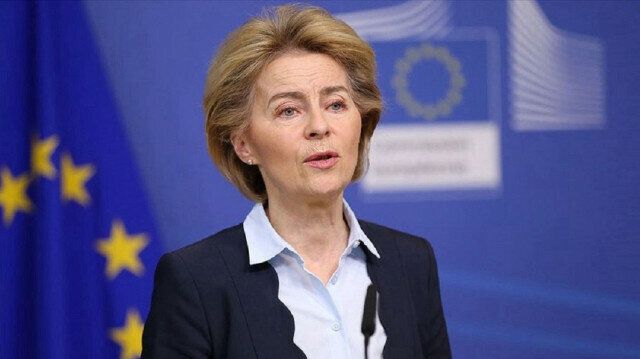 She stressed that the bloc wants dialogue with Russia to solve the conflict in Ukraine.

“But if the situation deteriorates, if there are any further attacks on the territorial integrity of Ukraine, we will respond with massive economic and financial sanctions,” von der Leyen warned.

Her remarks came a day after US President Joe Biden said he believed Russia will move to invade Ukraine.

Von der Leyen also rejected “Russian attempts to divide Europe”, saying: “We will not go back to an old logic of competition and spheres of influence, where entire countries were treated as possessions or backyards.”

At the meeting of the NATO-Russia Council, the military alliance rejected Russia’s claims on halting the NATO enlargement process and withdrawing forces from NATO’s eastern flanks and called on Russia to end threatening rhetoric and the military build-up in and around Ukraine.

Talks between Russia and Western countries on the draft treaties proposed by Moscow on European security arrangements ended without progress last week.