US carrier strike group to come under NATO command for Mediterranean exercise - ednews.net 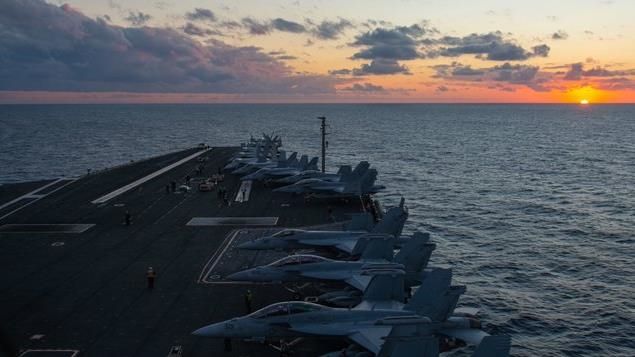 The USS Harry S. Truman carrier strike group will come under NATO command for the Neptune Strike exercise in the Mediterranean, the head of the alliance said Friday, Anadolu Agency reports.

"A strong sign of transatlantic unity," Jens Stoltenberg wrote on Twitter, adding that "NATO will always do what is necessary to protect and defend all Allies.

Pentagon spokesman John Kirby said the exercise will begin Monday and will last until Feb. 4.

I welcome that the USS Harry S. Truman carrier strike group will come under #NATO command for exercise Neptune Strike in the Mediterranean – a strong sign of transatlantic unity.
NATO will always do what is necessary to protect and defend all Allies.#WeAreNATO pic.twitter.com/q5vzFKW57R

He said the carrier strike group will be at the heart of the exercise, which has been planned for a long time and noted that in the exercise, coordinated activities such as naval tactical maneuvers of NATO allies, training against submarines and long-range attack training will be carried out.

'Assurance to Europe' instruction to US ships

A group of US warships has reportedly been instructed to stay in the Mediterranean "to reassure" European countries after tensions escalated with Russia.

US media reported that US Defense Secretary Lloyd Austin ordered the USS Harry S. Truman carrier and five other accompanying ships to stay in the European operational area instead of moving to the Central Command area, which includes northeast Africa, the Middle East and South Asia.

A Pentagon official said the move reflects the need for a permanent presence in Europe and is necessary to reassure allies of collective defense commitment.